In the middle of February the Black Star Sailing Team finally met again in Muscat after the three months winter break. The extensive camp, planned as a training start into the 2020 season, served as a team event and as a reassemble of our boat – before the coronavirus abruptly pressed the “pause button”.

Teambuilding at the beginning of a new season

Since there were some changes in the Black Star Sailing Team during the last season and also during the winter months a further adjustment was made, our first training as a teambuilding event was the ideal start into the new season.
Regattas are always extremely intensive weeks, where the pressure of the competition is constantly felt from the construction of the catamaran through the days of training until after the races. This means that from daybreak until late at night, constant work, training, sailing, analysis and optimisation is carried out. Time for personal discussions are rare.
Accordingly, the Black Star Sailing Team was very curious about their teambuilding event in the desert of Oman – a visit to the Bedouins with tea and dates and the obligatory ride on camels. Swimming in a large lagoon and “snowboarding” and bobsleighing on sand dunes were of course not to be missed. As a crowning and pleasant conclusion we could enjoy the sunset on the dunes in absolute silence before we had dinner in the camp.

Before we could set off into the desert, we turned all our attention to the “Black Star”, which was waiting to be brought out of hibernation under a shed roof at the base of Oman Sail in Al Mussanah.
At the end of the 2019 season we had disassembled the catamaran into all its individual parts to check and clean everything in detail. Now we first had to put all the individual parts back together again before the “normal” reassembly could take place. Despite the immense effort we stayed within the set time schedule and could leave the ship ready to sail in the marina still in the dry. Immediately after our return, the ship was put into water and a first trial fitting was sailed, whereupon it quickly became clear: the rejuvenation cure did the Black Star good.

In the run-up we had arranged to meet with other teams so that our training on the water did not have to take place alone. With the Red Bull Sailing Team we were expected by an equal sparring partner. Together we could train starts and short regattas. Even though both teams were using old training sails, we still fought hard but fair. This once again confirmed how motivating trainings with other teams are, because in direct comparison one’s own performance can be judged more objectively, which ultimately spurs on ambition.
The weather was also kind to us – from light wind conditions at the beginning of the training sessions to stronger winds with corresponding swell, we were able to sail different settings in one go, which allowed us to quickly regain our safety and “feeling for the boat”. 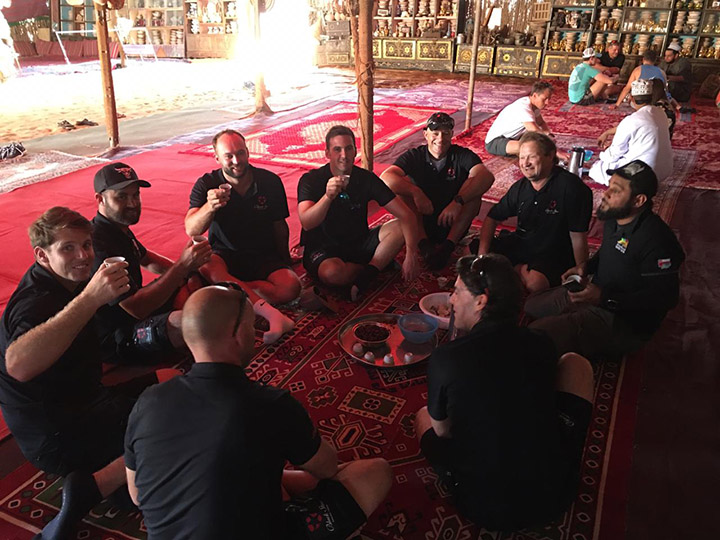 … before they could indulge in the well-being of an oasis. 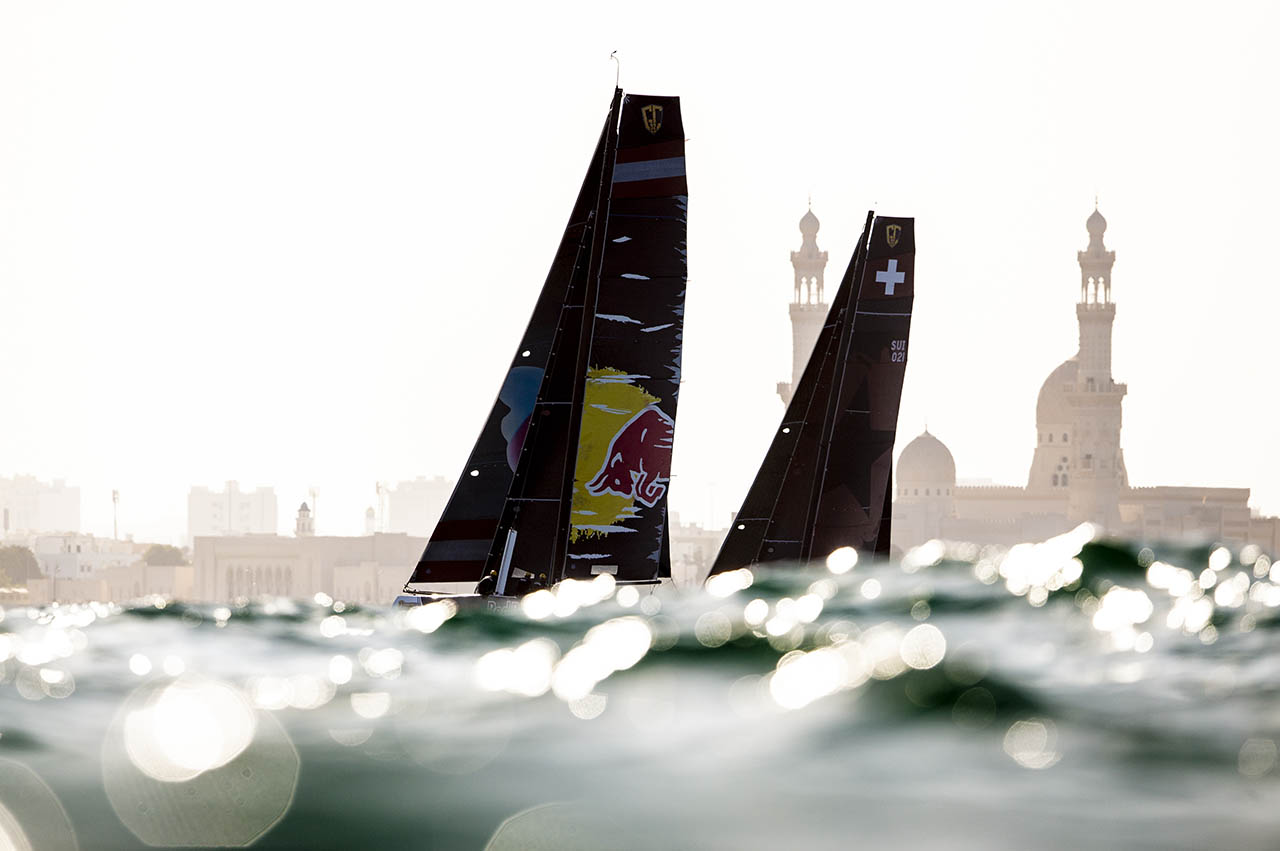 The meticulous reassembly of the completely dismantled Black Star was finally rewarded with promising training sessions together with Red Bull Sailing.