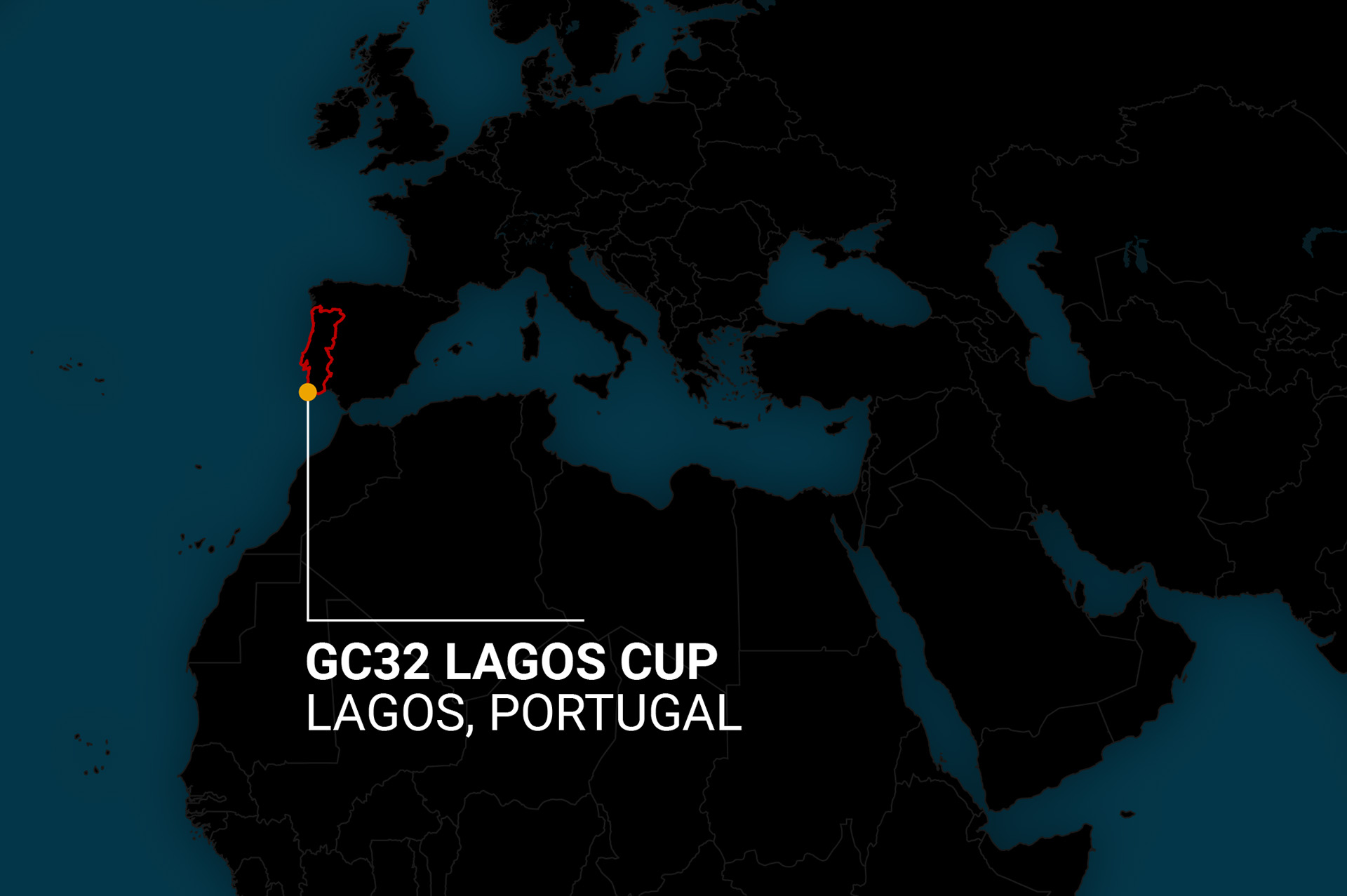 The start of the GC32 Racing Tour 2021 in Portugal at the end of June was a complete success. Spread over four days, six teams competed to the limit to finally crown a best of the best again after a break of more than 18 months. Read our report under the news.

At the end of July, the time has already come again: The GC32 Racing Tour starts for the second regatta of this season. And this again in Lagos, where we will probably fight again against five teams in four days for the second of the planned four GC32 Racing Tour titles.
Holding two regattas in a row in Lagos is, of course, practical due to the pandemic circumstances. But not only. As the first regatta showed, the bay off Lagos offers ideal conditions for foiling competitions at the limit. But above all, the local race organisers are experienced hosts who will provide the race teams with everything they need. Our excitement is correspondingly great. And the hope of being able to continue our form of the first GC32 Lagos Cup.
.
Follow the race live from 1pm (2pm Swiss time) on:

Detailed information about the regatta events on the official GC32 Racing Tour website.

2020 – We say thank you! With 2020, an extraordinary year in every respect will soon come to an end. Because hardly anything took place as planned at the beginning, we learned a lot, achieved a few things, and were rewarded for our efforts with a title. At the end of this remarkable year, the […]

EUROPEAN CHAMPION! We have done it! The Black Star Sailing Team wins the M32 European Championship 2020! The intensive trainings on the Lake of Uri and in Denmark have paid off: With the victory of the European Championship of the M32 class from September 4th to 6th, 2020 in Riva del Garda in Italy we have […]

Take-off in the primal Switzerland

Actually the GC32 is not really new anymore. Nevertheless even die-hard sailors are “out of their minds” as soon as one of these foiling catamarans can be observed in full speed.The appearance of the Black Star on Lake Lucerne was accordingly sensational. Our short announcement video was watched 6000 times within a short time. And […]

25 – 29 March 2020: GC32 OMAN CUP CANCELLED DUE TO CORONAVIRUS On 7 March 2020, the Omani Ministry of Health issued a directive calling for the suspension or postponement of all international events and conferences within the Sultanate until further notice. As a result, the GC32 Oman Cup organiser Oman Sail and the organisers […]

5 – 9 November 2019: Muscat will host the fifth and final regatta of the GC32 Racing Tour 2019 (Start: Wednesday, 6 November 13:00 (local time)). The GC32 Oman Cup will decide which of the favourites will take the overall victory and thus the GC32 Racing Tour title. The fact that Team Oman Air is […]

11 – 15 September 2019: The fourth stop of the GC32 Racing Tour 2019 is Riva del Garda at Lake Garda in Italy.It is as well as tradition that the GC32 Racing Tour stops in the picturesque harbour town in order to hold a regatta under the mostly excellent conditions. The organizers and the hosts […]