Finally the own RC44 yacht

For years on the road in the international regatta circuit, we know that procurement in the high-performance sector is not always easy and often involves having patience. Already in the evaluation phase before our entry into the RC44 class, delays became apparent. However, exacerbated by pandemics and supply shortages in various technology sectors, our newly acquired yacht with the designation #27 then stood in dry dock for longer and longer waiting for its final completion. After we had hoped to compete in our first 44Cup regatta in spring on the #27, we finally had to make do with a rental yacht until recently.

At the beginning of September, the time had finally come: fresh from the dock in England, we were able to sail the RC44 Black Star for the first time in the Solent, a strait not far from the English Channel. What a feeling, what a joy! After recent delays, we had arrived without an overly set schedule. Focused on technical challenges and hidden defects, we spent the first few days putting the newly acquired yacht through its paces. Absolute priority was given to coordinated loading of the rig. This meant that in fortunately moderate conditions we were able to gradually hoist the sails and tighten the sheets. The first maneuvers were done slowly and everything was closely monitored. Again and again we stopped to check and readjust if necessary. As the days went by, the first markings were made on the sheets so that we would have reference points for the upcoming training sessions and regattas. The steering systems were all checked and the electronics calibrated, so that we can get straight into training at the first regatta with a full crew without time-consuming adjustment work. On the last day, we were finally able to practice the maneuvers as they would be sailed in the competition. 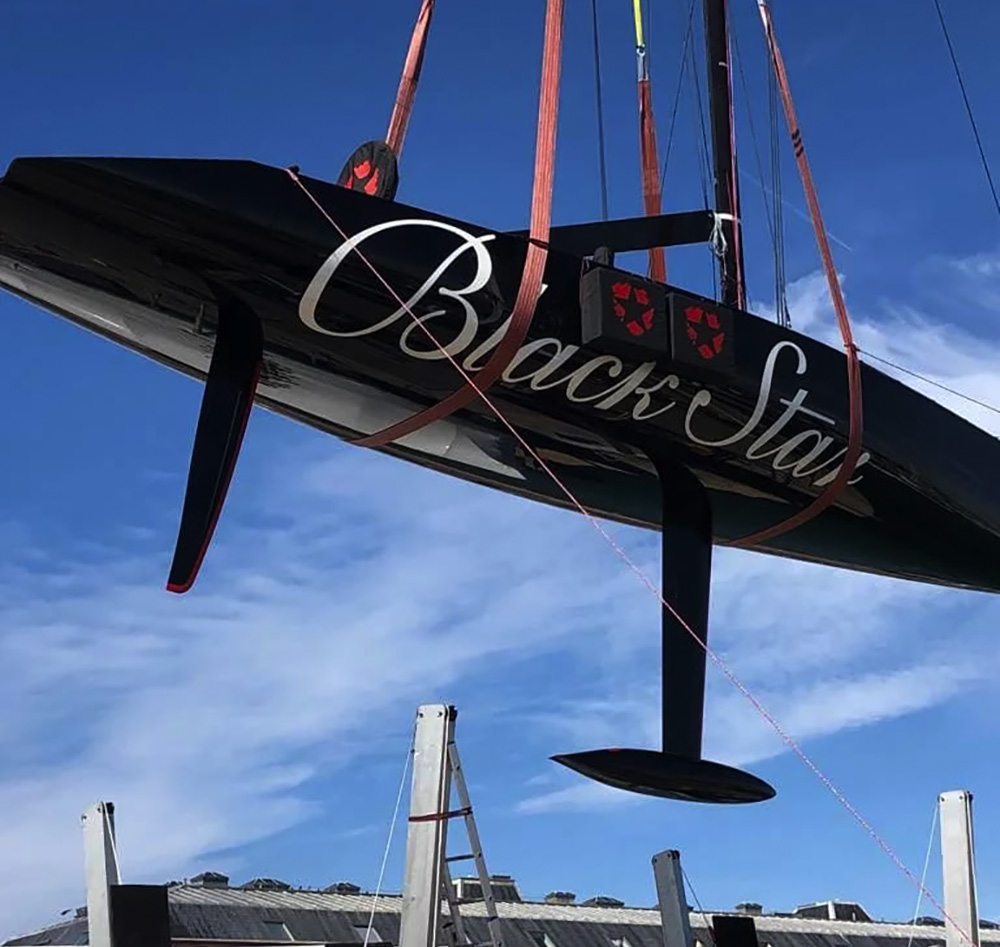 Launched in a dry dock in England: the RC44 yacht from the Black Star Sailing Team

On to the RC44 World Championship

Immediately after sailing on the Solent, the yacht was taken out of the water and disassembly began. All the material was again thoroughly examined and weighed in the dry, the yacht was measured and checked whether everything was in accordance with the rules. Then everything was packed, loaded and made ready for transport to Slovenia. The yacht itself is transported on a so-called flat rack. This means that the heavy keel, rudder blade and stern section are dismantled and stowed separately to reduce the otherwise considerable volume of this sailing yacht.

In the meantime, the yacht and the team are already on location in the marina of Portorož to assemble the #27 ready to sail for the 44Cup World Championship 2022.