We quickly came closer to our goal of drawing attention to Black Star and our campaign, because the curiosity was enormous even during the assembling phase. Many passers-by and residents sought to talk to us.
The mounting of the mast and the launch in of the finished catamaran was also observed by representatives of the local press. While we were still stretching the last ropes, the wind was blowing, so that we spontaneously decided to “fly” to the guest berth at the Zurich Yacht Club.
This allowed us to offer the journalists who were still present an additional spectacle: To document the Black Star at close range directly from the accompanying boat. This was rewarded with articles in several local newspapers and a local radio station.
Thanks to this, and our strikingly designed catamaran, unexpectedly many interested people signed up for our guest sailing offer.

So we did not only have many passengers from existing, future and potential partnerships, but also some guests who spontaneously came forward to get a place on the Black Star for a few hours.
The wind and Lake Zurich showed their best side. Bright eyes and happy faces could be said goodbye each evening after foiling sessions.
Now the Black Star is already packed in a container on its way to Oman for the last act of the GC32 Racing Tour 2019.
We would like to take this opportunity to thank the Zurich Yacht Club for their hospitality.

The visit of Black Star Sailing at Zurich was received with interest by the local press and was accompanied by journalists. Find the articles in our Press Page. 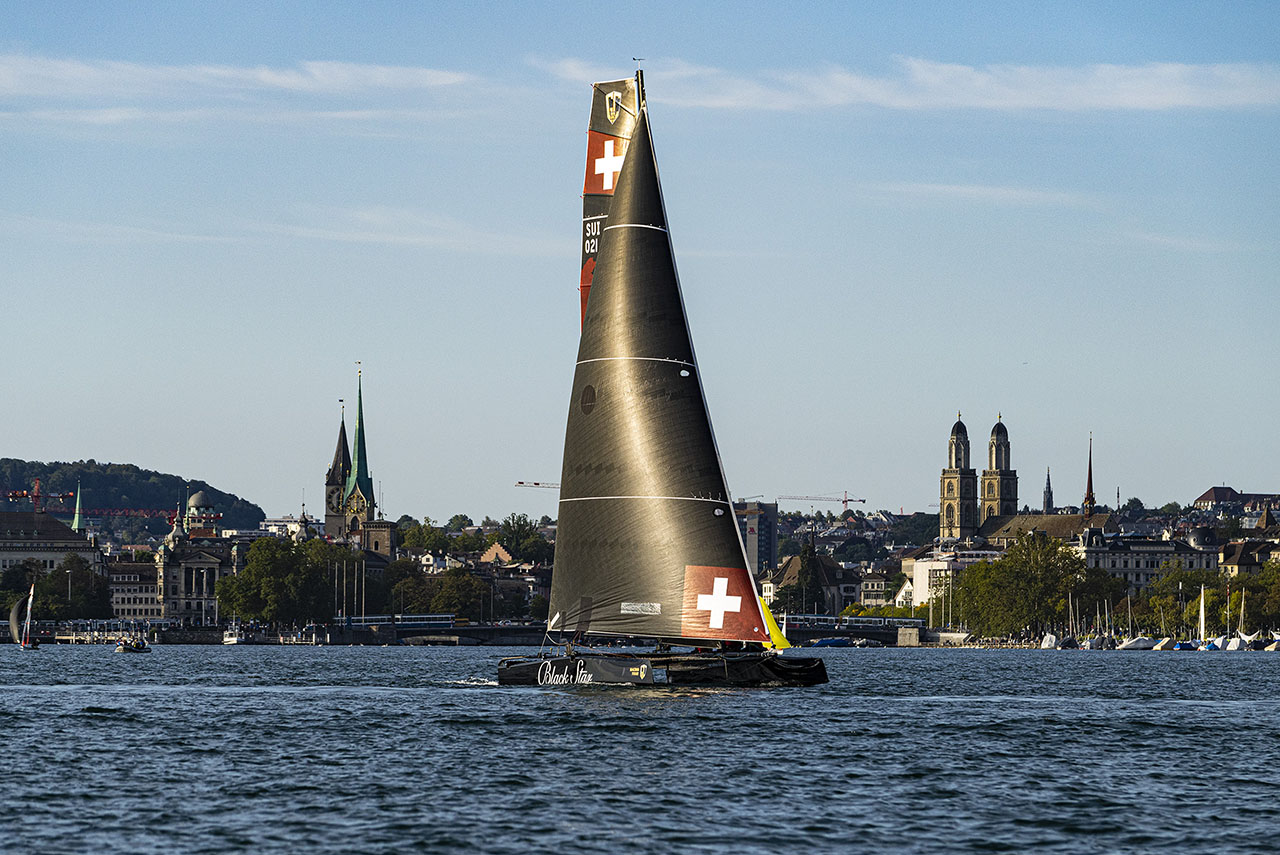 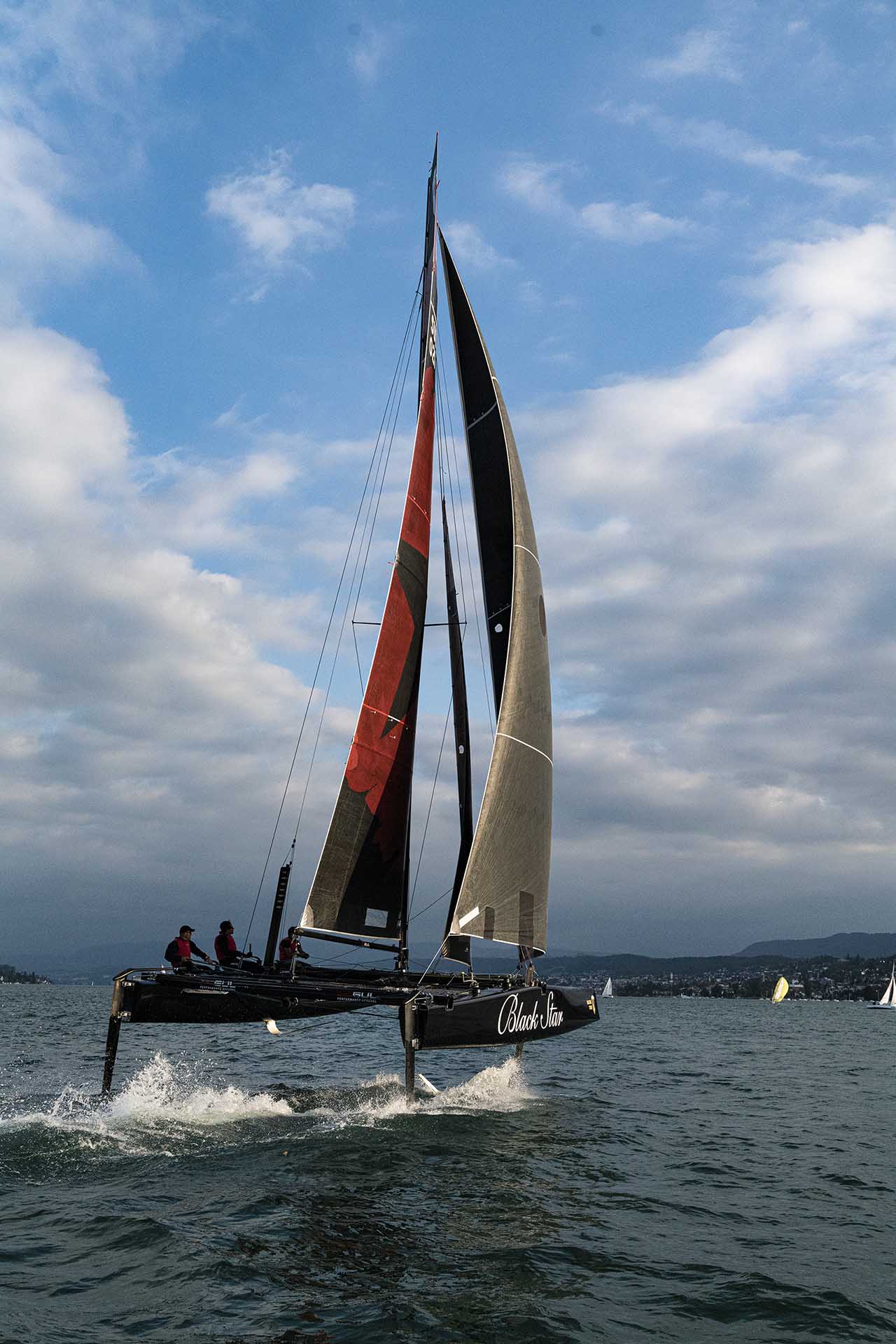 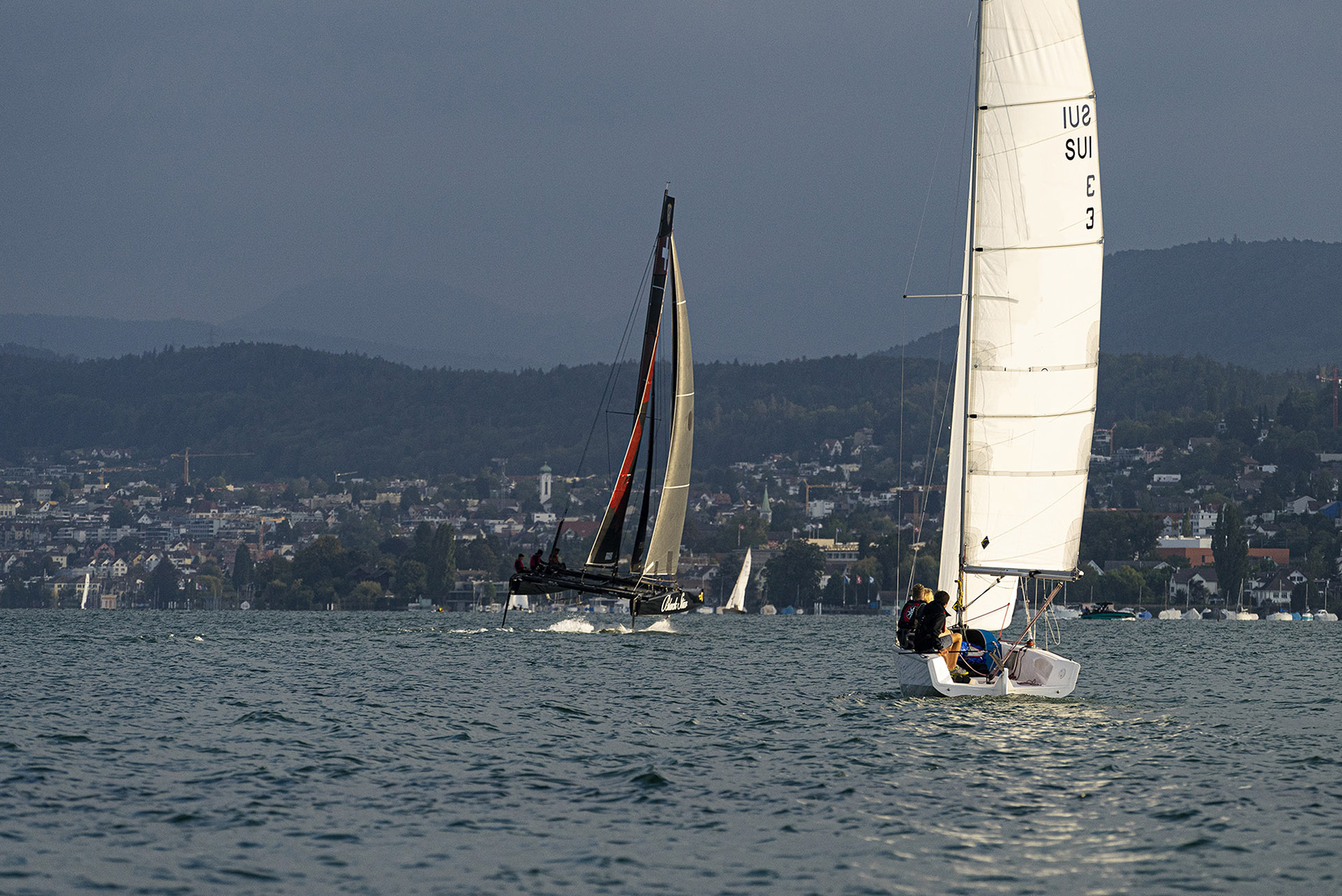 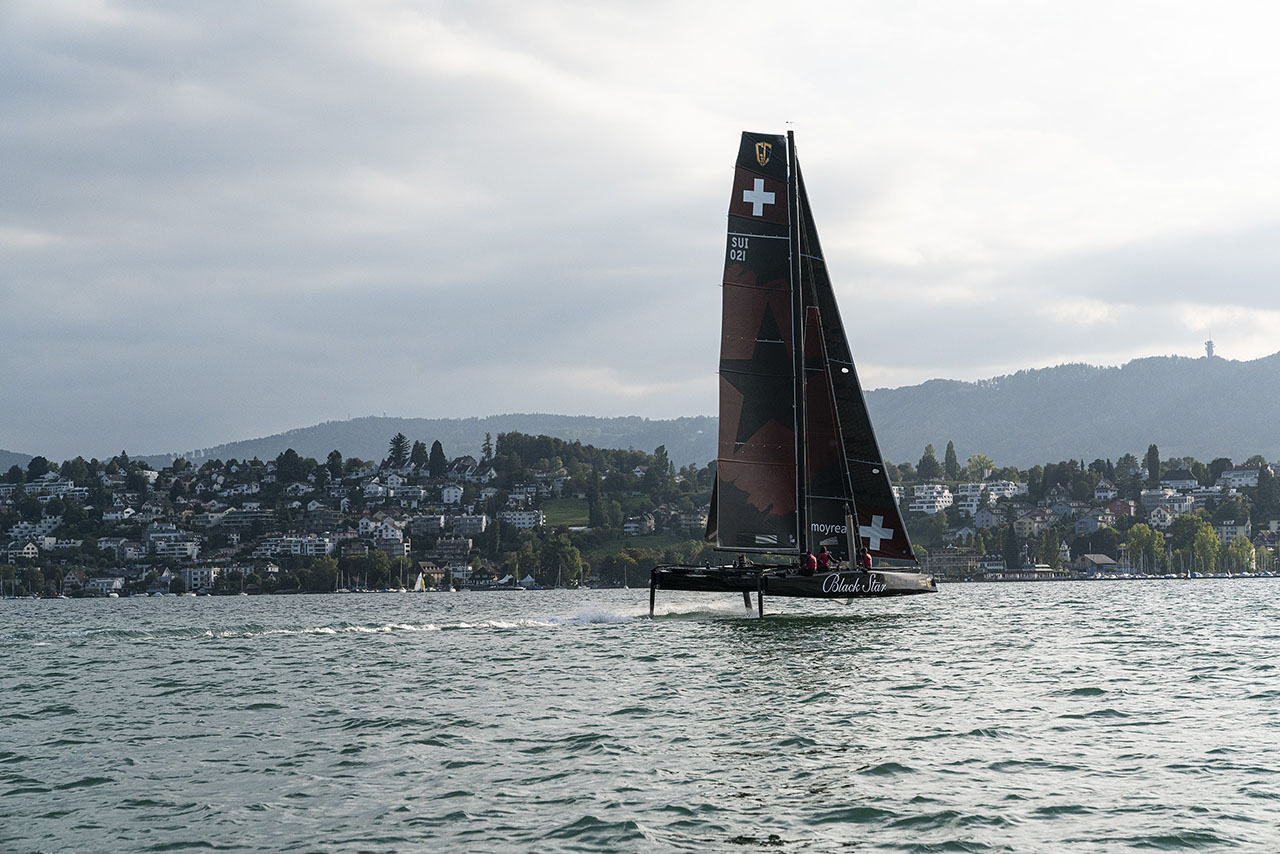 The intermediate stop on local waters was a success in many regards.