GC32 Riva Cup – Connection to the dense field of favourites

With the GC32 Riva Cup the fourth event of the GC32 Racing Tour 2019 took place – and was something like a home game. Because the Riva Cup at Lake Garda has been part of the program since the beginning of the racing series. The organisation between the race control and the hosts was accordingly well coordinated.

The fact that the Black Star Racing Team\’s appearance in Riva del Garda did not turn into a Sunday excursion was due in part to Pelér, the north wind that makes Lake Garda a popular Mecca for sailing enthusiasts of all kinds.
In addition Christian Zuerrer, team principal of Black Star knows to report:
\”When we arrived as usual a few days before the start of the race, in order to go through our preparations and trainings as thoroughly as possible, we were greeted by cold, almost wintry weather. We had to assembling the boat at temperatures close to freezing. Correspondingly at the zero point our mood was first. With the first training trip the weather slowly improved, and although it was still freezing cold on the water, we were looking forward to the upcoming regatta. The increasing motivation manifested itself then also in better and better results, so that we were more and more at the front of the test races and also drove sometimes on the 2nd place through the finish line.
Technique, tactics and manoeuvres we got even better under control. And also the change in the team made itself positively noticeable. At this point I would like to welcome Will Tiller again.

Although on the first race day the start to the first race had to be postponed several times – the otherwise so reliable breeze from the north was a long time coming – the race started with ideal wind conditions.
Highly motivated we got off to a good start and sailed right up to the front again and again. But as expected not only we had improved. Towards the end of the season it really becomes obvious why the GC32 class belongs to the best and most spectacular regatta sport has to offer: The field is denser than ever, the manoeuvres are getting faster, the tactics more demanding and the duels harder.
The fact that we had improved was shown by the fact that we were more and more often at the front of the field and that we were able to increase our overall score and thus clearly defend our place in the standings.
But at the same time we still often had to admit defeat and were overtaken at the last moment.

If you look at the number of points, there are a few points that separate the midfield from the podium places. But if you then follow the individual races, you can see how compact the entire field is. Sometimes there are only a few metres between individual opponents, and that at speeds of around 50 km/h. It is accordingly difficult to move up in the standings. And the outcome of the overall victory between the favourites is correspondingly open.
Nevertheless, or precisely because of that, it is still open where Black Star will end the season. Because although the field of participants is more compact than ever, we clearly belong to it and don\’t follow. If everyone keeps their current form, not too much will change in the overall standings. But as you know, sport is always good for surprises. And that\’s why we\’re looking to Oman full of energy and vigour.\”

Black Star Sailing thanks the hosts of Riva del Garda and the organizers of the GC32 Racing Tour for the excellent organization of the Riva Cup 2019, and congratulates Team Alinghi and Team Oman Air for the outstanding season so far.

Details of the GC32 Riva Cup with even more pictures 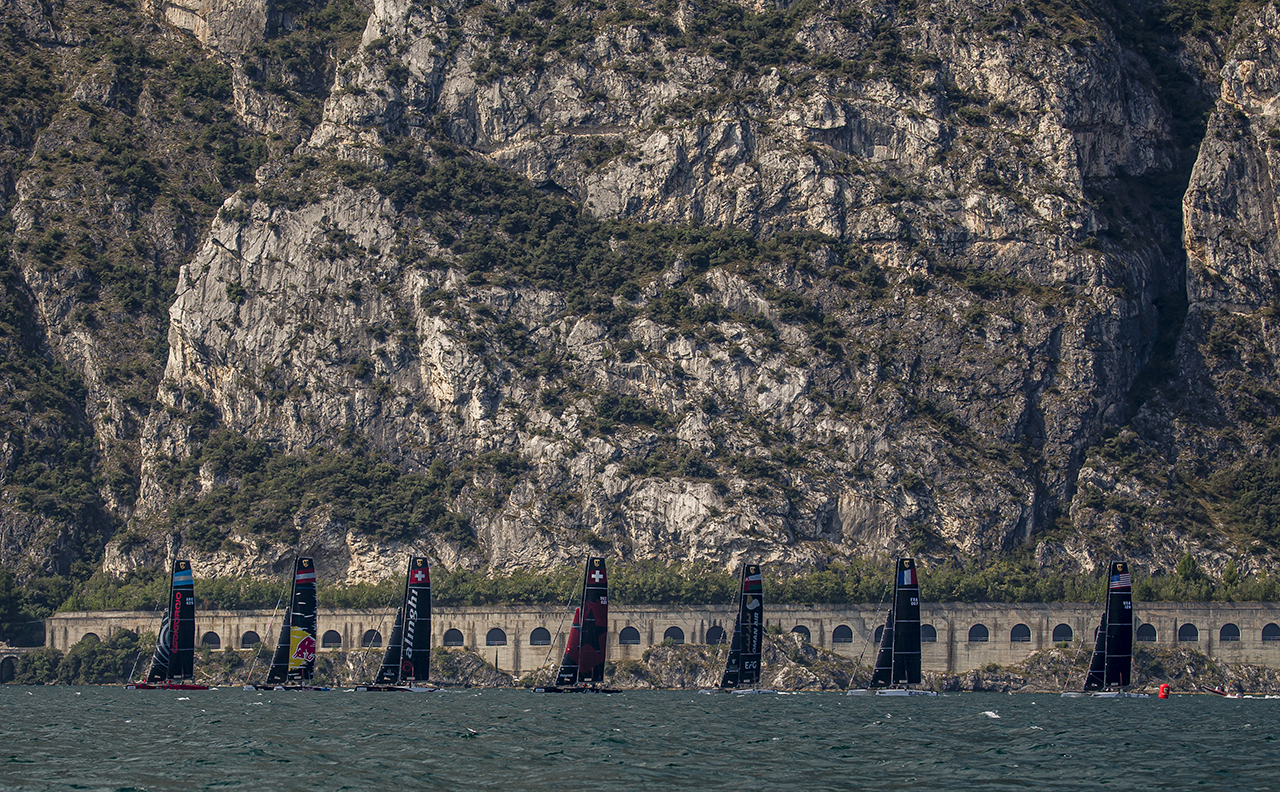 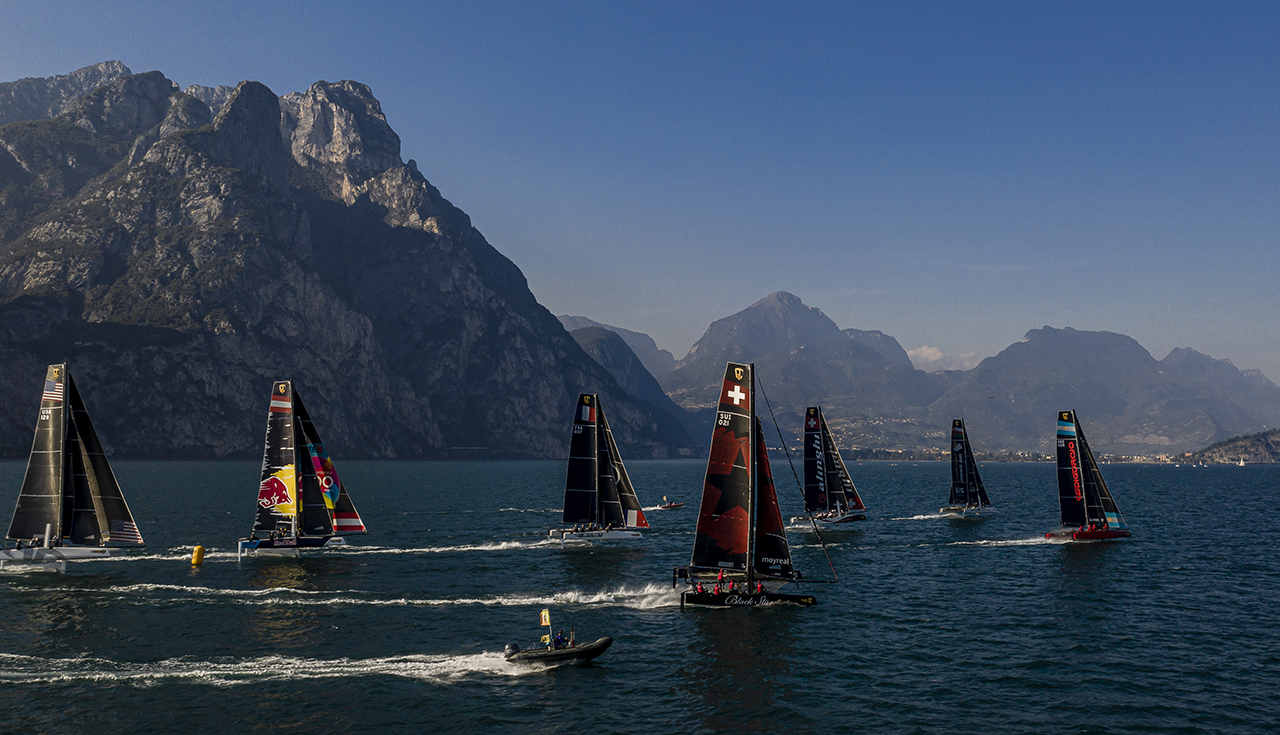 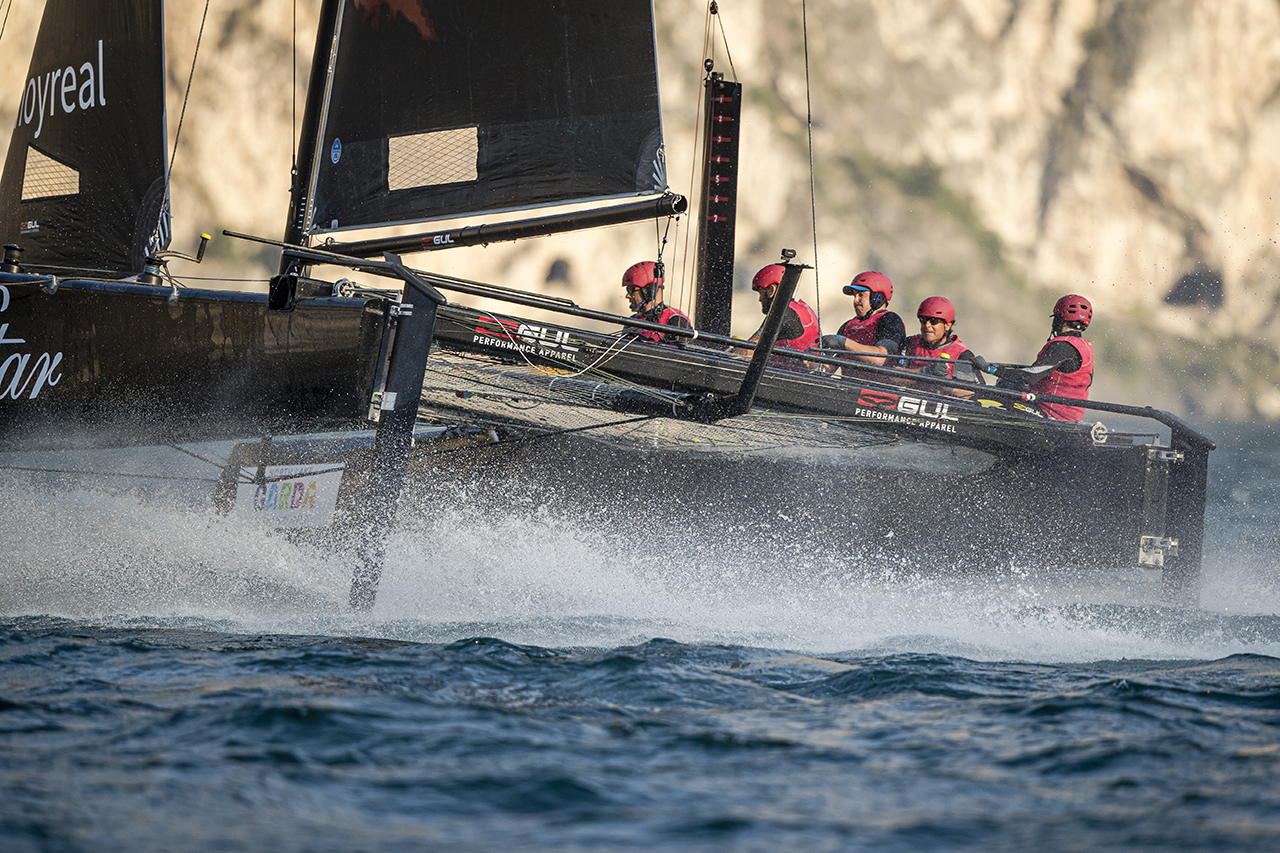 for a test of strength … 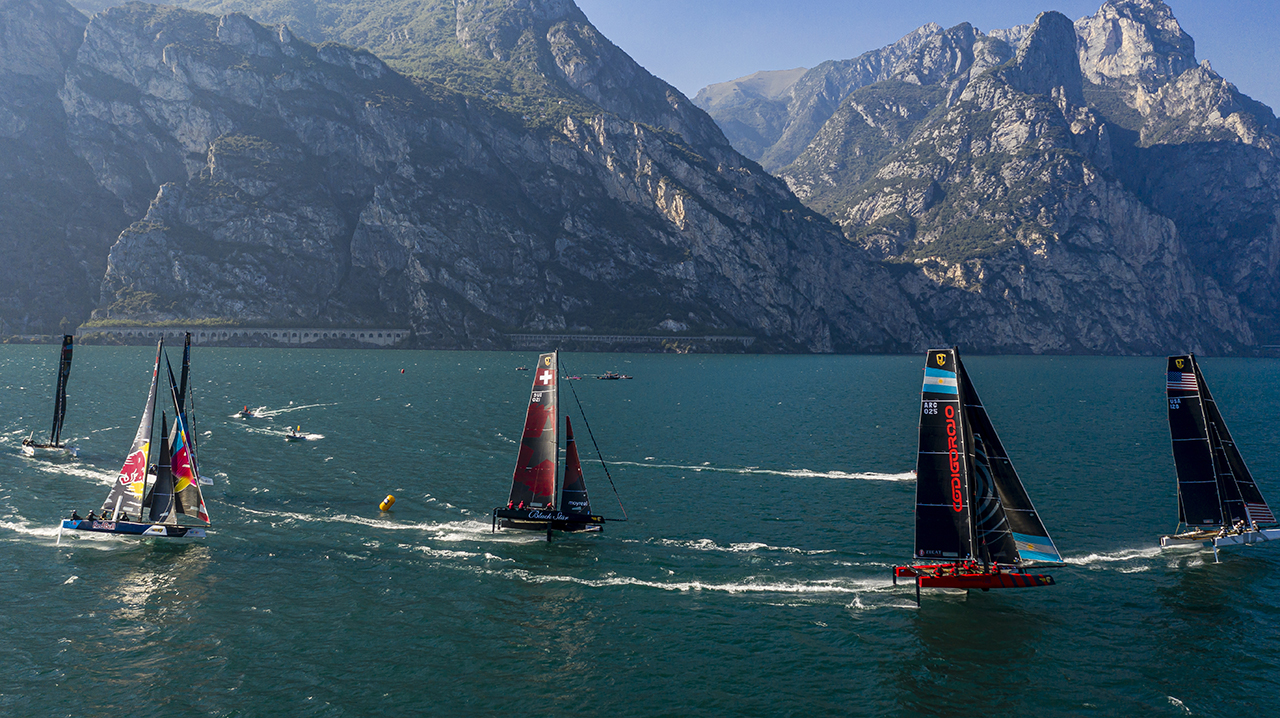 and regatta spectacle at the highest level.