Conceived by Amsterdam-based French businessman Laurent Lenne and designed by Dr. Martin Fischer, the GC32 is a 10m long (12m including bowsprit) by 6m wide foiling catamaran. This is one of the world’s fastest racing yachts. It is aimed at both pro-sailing teams and private owners looking to experience the latest in ultra-high performance racing and a level of sailing boat technology – albeit simplified – typically only available to America’s Cup teams. 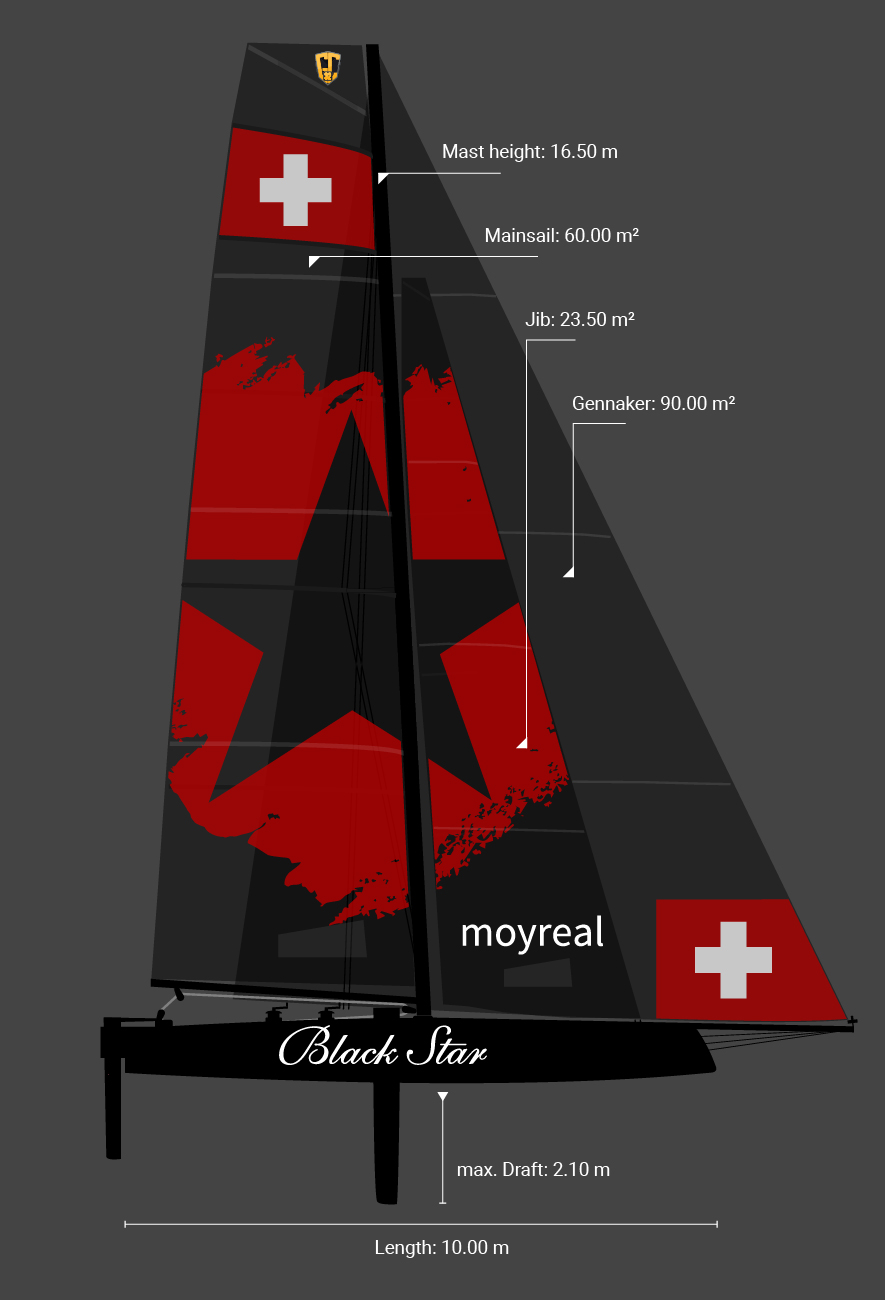 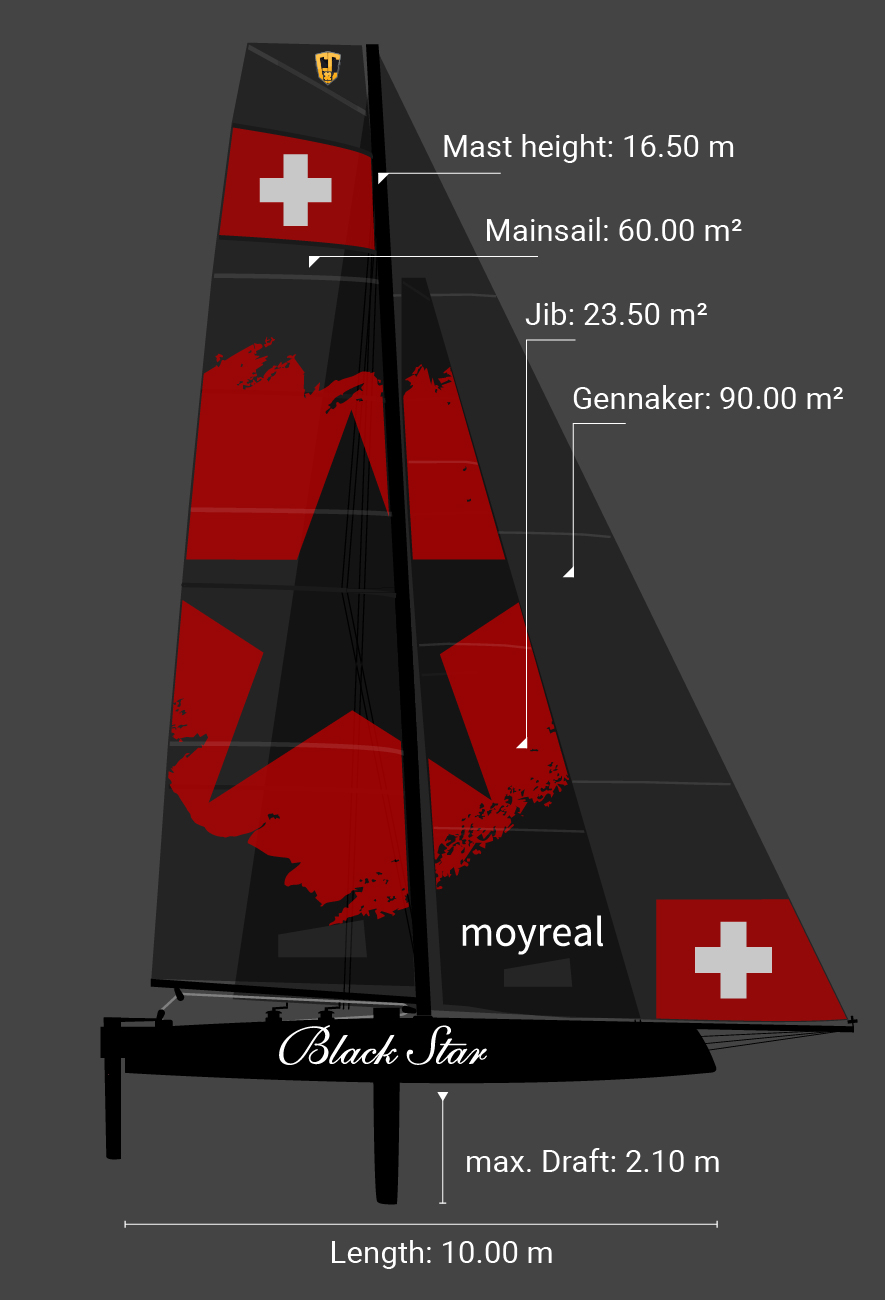 History of the GC32

The first GC32 catamarans went sailing in Dubai, close to the Builder boatyard of Premier Composite Technologies, towards the end of 2012.

Three boats competed at the GC32s’ initial European season in 2013, the class making its race debut at Allianz Traunsee Woche in Austria.

Today there are GC32s regularly sailing in Europe, North America and Australasia. Boats compete in the GC32 Racing Tour, which in 2019 will comprise a series of five events including the World Championship in southern Europe and the Mediterranean. Each event lasting four days.

For the first season the boats competed with their Mk1 foil package comprising a ‘double S’ configuration main foil daggerboard and L-profile rudder. These were designed to reduce displacement, but not to cause the GC32 to fly.

Inspired by the AC72s catamarans used in the 34th America’s Cup that fly above, rather than through, the water, the GC32 was fitted with its Mk2 foils in the spring of 2014. This transformed the GC32 into a fully flying foiling catamaran.

While the GC32 shares many similarities with the foiling America’s Cup catamarans, free from AC rule constraints it is a ‘better foiler’. The foil package and boat set up enables it to be sailed not just elite athletes but by sailors of varying experience. 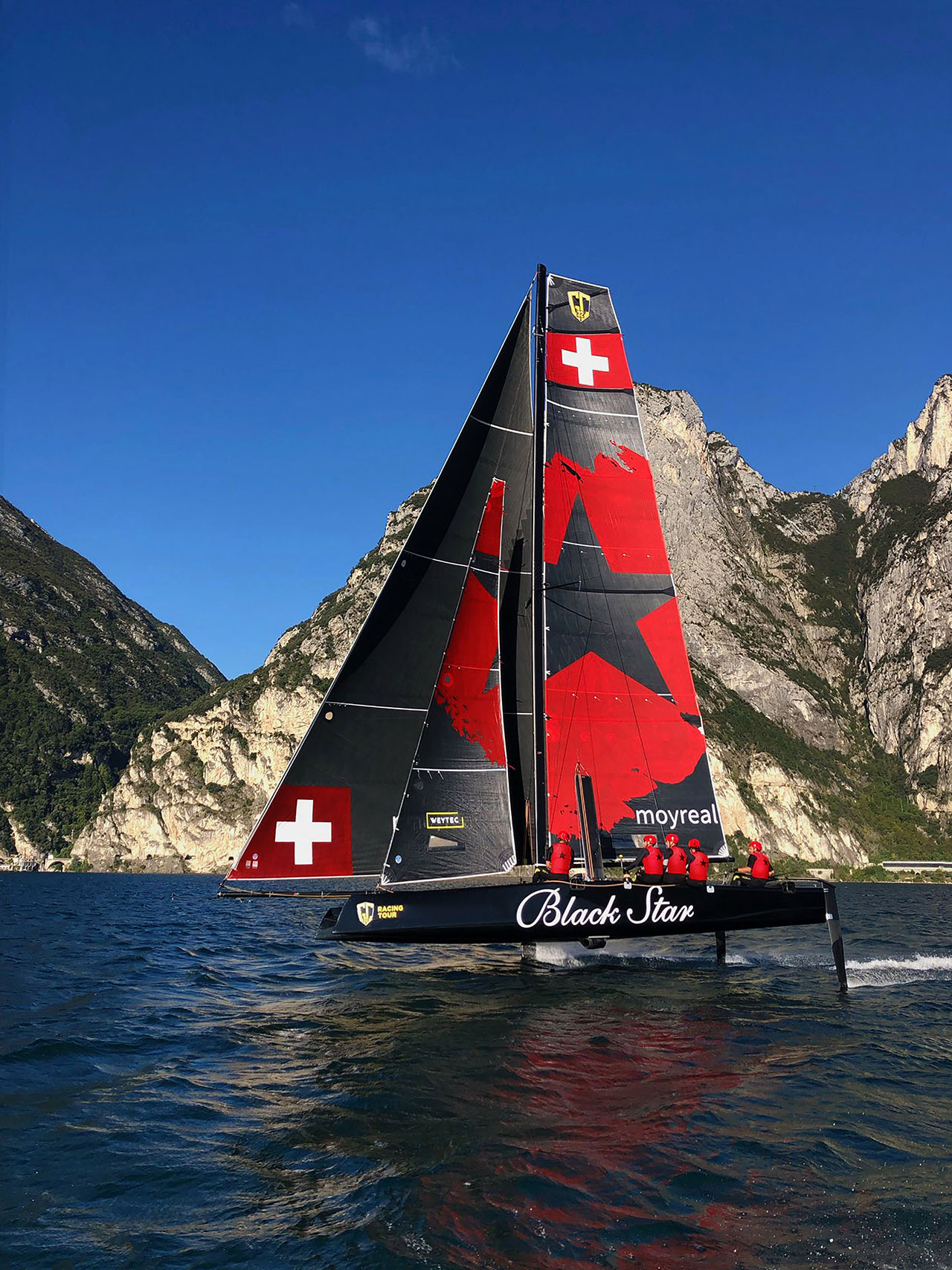 Racing Boat for professionals and amateurs

Being a one design enables the GC32 to be substantially cheaper than an America’s Cup catamaran. While in many ways it resembles a scaled-down version, the GC32 is very much easier to sail and to run because: