The GC32 World Championship and second station of the GC32 Racing Tour was in many ways an increase to the Villasimius Cup. First and foremost, the Portuguese port city welcomed with absolutely perfect weather. Protected by the Capo de São Vicente, the lagoon city in the Algarve kept what its good reputation promises: sunshine, constant sea breezes and almost mirror-smooth water.

Motivated by the positive and constant weather prospects, the Black Star Sailing Team assembled the catamaran in a hurry and was able to start training three days before the official start of the regatta. What also became noticeable then: The manoeuvers became visibly faster, the “foiling” better and better, mistakes happened less often and in the speed tests could be kept up well.

As expected, the ideal conditions in Lagos also had a positive effect on the rest of the field. So the teams, which already showed their best form at the Villasimius Cup, could improve again. In addition, the defending champion Team Tilt returned to the World Championship 2019.

A first test of strength in the training runs made it clear: This did not get any easier for the Black Star Sailing Team. The already remarkable line-up was again strengthened. The field of leaders was even more compact. The duels even harder.

Observers and participants are therefore quite unanimous: The GC32 Racing Tour unites the best that the regatta world has to offer. Many voices even say that the current line-up is to be rated higher than the Olympics.

18 RACES UP AND DOWN

After the press conference and the skipper briefing on Wednesday the Black Star Sailing Team was looking forward to Thursday. Team Principal and Skipper Christian Zuerrer:

“With the starting signal an astonishing series of 18 races started. Spread over four days we started to an absolute alternating bath of high-altitude flights and low blows. Although the field of our competitors is full of favourites and we had only few chances, we managed to keep up again and again. So we were able to beat all participants in at least one race. Unfortunately, we still make too much small mistakes, which of course throw you right back in competitions like this World Cup.”

The balance isn’t quite as sobering as it might seem at first glance. Zuerrer comments the last place in the table as follows:

“As absolute newcomers, we take on the thankless task of being last in the standings. The fact that we are not far behind as the “red lantern” is only shown by a glance at the number of points: Only four points less and we would be on a par with 9th place. Considering that we have the absolute top of the world ahead of us, we can be satisfied that we were able to keep up so well in our second regatta. With a fourth and a third place in the last two races, we even made it to the podium in an individual classification.”

The team has long since left and the catamaran has already arrived at the next GC32 Racing Tour venue Palma de Mallorca. As the manager of the small regatta company Black Star Sailing personally responsible for the transportation of the boats, Christian Zuerrer looks forward to the next event very optimistically:

“With the Copa del Rey we once again can expect an exciting regatta with excellent conditions. In Lagos we were able to show that we can beat virtually any team. If we continue to improve to the same extent and at the same time reduce our error rate, we will succeed in working our way up the rankings. The fact that we have the potential and that the Black Star Sailing Team is respected is confirmed to me from all sides. Now it’s up to us to improve and simply sail better.”

Black Star Sailing congratulates the Team Alinghi on the World Championship title and on this outstanding regatta. Congratulations also to Team Tilt for 2nd place and for their impressive performance in Lagos.

Details about the GC32 WM Lagos with more pictures 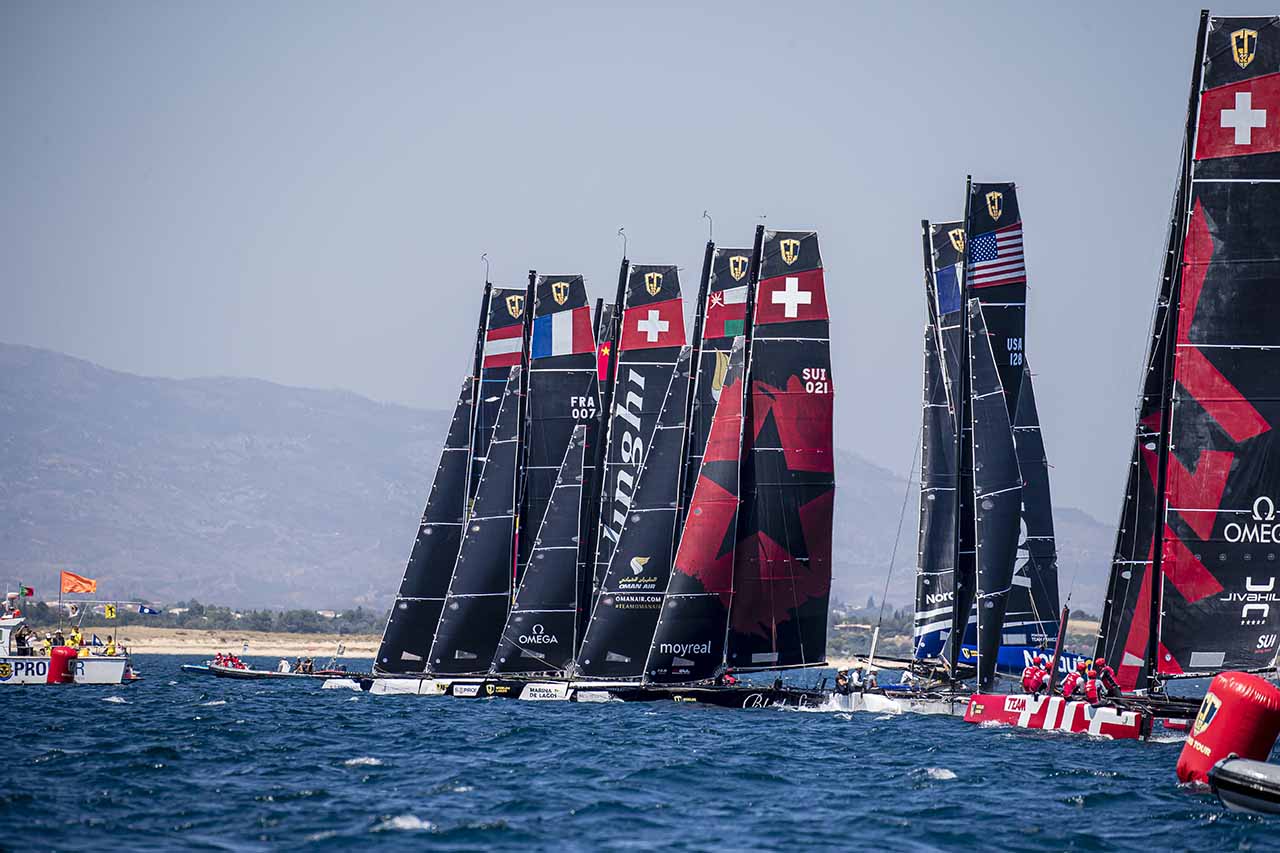 The GC32 lineup on starting position. 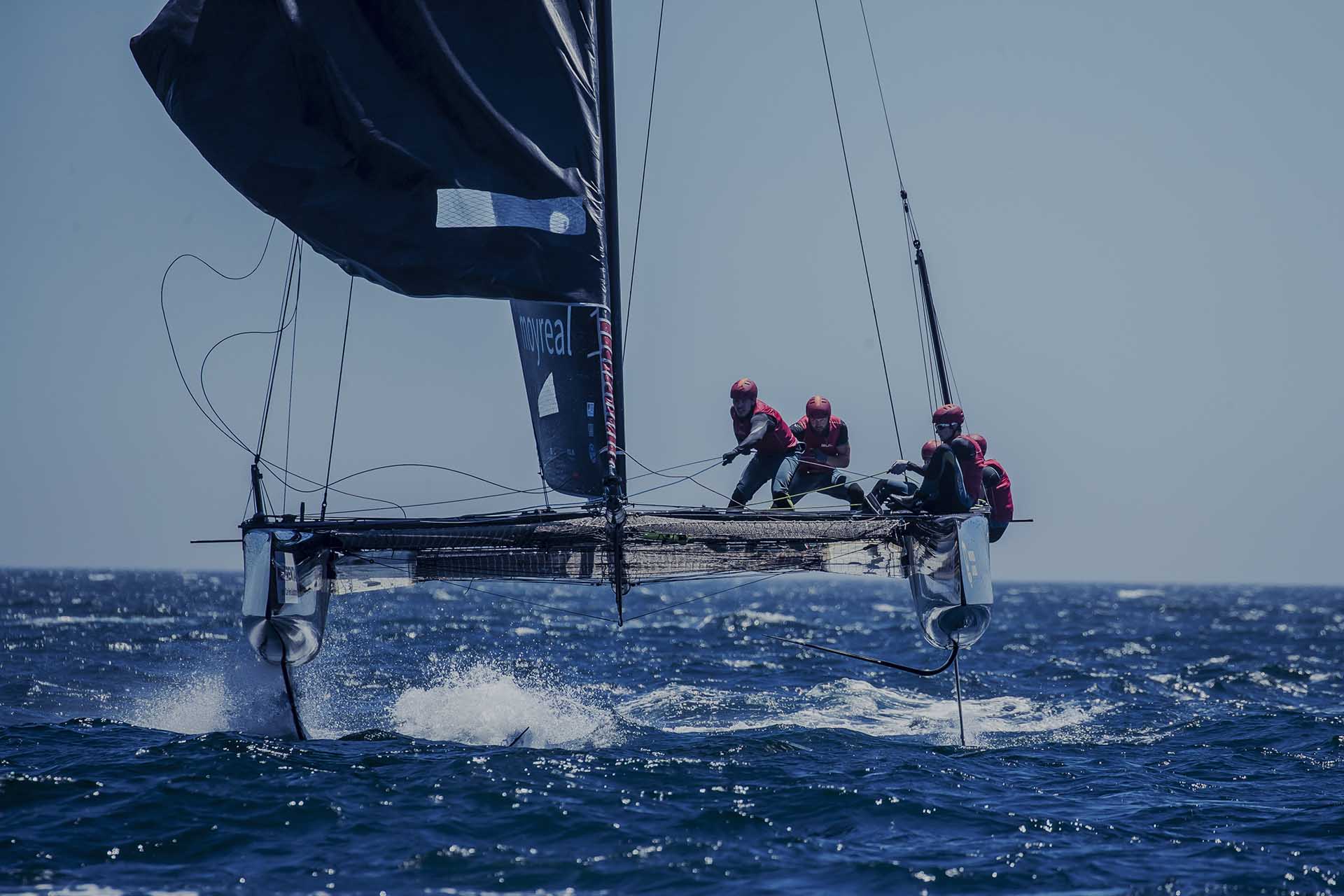 From race to race faster and better, …

…but in duels often still defeated. 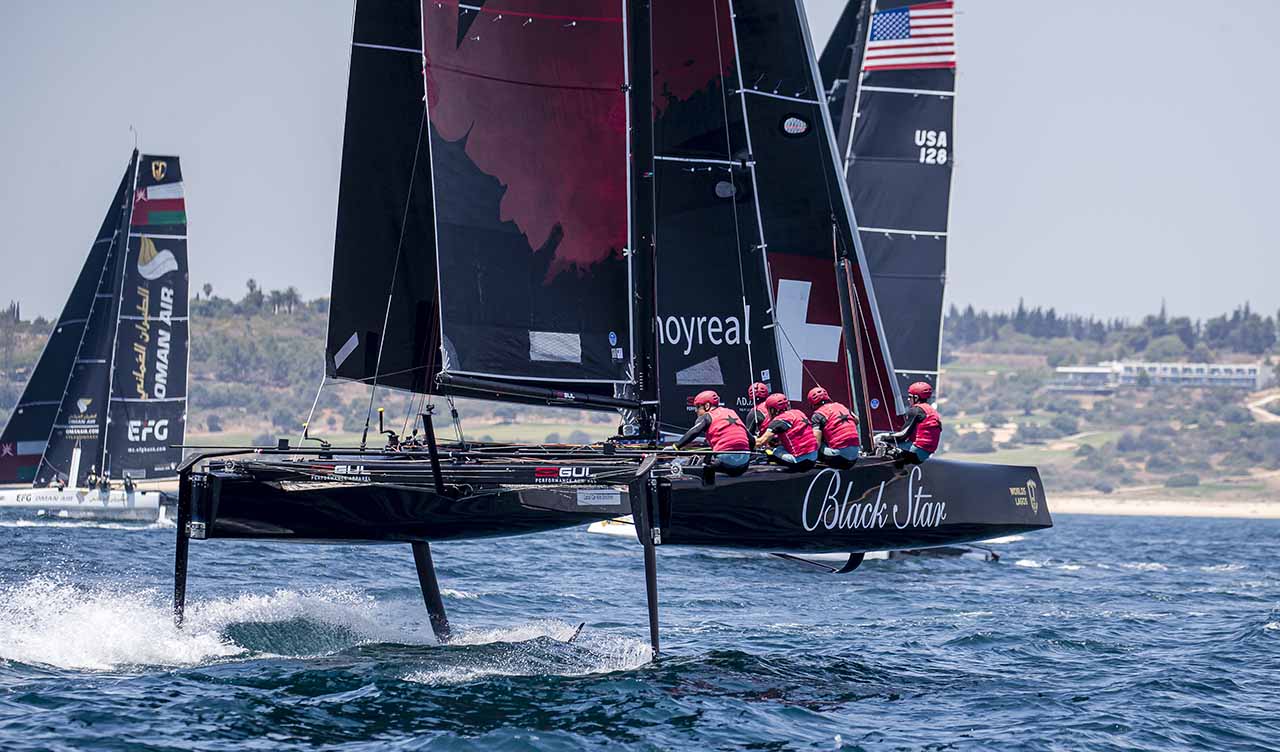 Beaten, but never far behind: The Black Star Sailing Team with an appetite for more.