Palma’s always worth a trip. While some visitors are drawn towards Ballermann or Magaluf , others enjoy the inland nature or the less touristy coasts in the west of the island.

The focus of the Black Star Sailing Team was solely on the bay of Palma and sailing.

The Copa del REY MAPFRE is a regatta with a long tradition that has developed into one of the most important multi-class sailing events in the area since it was first held in 1982. The GC32 Racing Tour is relatively small with the announced six boats within this big event. But as the fastest multihull boat class, it attracts all the more attention from the audience present – which included not only international celebrities but also the Spanish royal family.

“On Friday 25 July, right after our arrival, we picked up the boats from the depot that had been waiting there since the last regatta in Lagos for their next assignment. In the shipyard in the harbour of Palma we started immediately with the assembly. The otherwise already very high temperatures around 35°C were even increased by the concrete floor. We felt like in an oven. Nevertheless we reached our goal to sail for the first time on Sunday afternoon.

New with Keith Swinton at the helm, Flavio switched to foils and tactics. With the change on these two important positions we had to find each other first. The focus on the first day was therefore clearly on the manoeuvres and that Keith and Flavio could familiarise themselves with their positions. The winds were fresh and we were able to train for a good three hours.

Monday morning we started as usual with the team briefing. Video recordings from the coach boat and sequences from the OnBoard camera will be discussed. Together with the observations of the coach, this recording material helps enormously to adjust the manoeuvres and the settings of mast and sails in different wind and wave conditions. This intensive training and optimization work continued throughout Monday and Tuesday until the official start of the event on Wednesday with the Practice Race.

These Practice Starts and Races help the teams to gain experience in the respective local conditions under competition conditions. On the other hand they give the organizers of the regatta, the local sailing club and its numerous helpers the opportunity to prepare themselves for the competition. The organizers ensure that the crews on the starting boat, the buoys boats and the safety boats can support us professionally.

Wednesday morning welcomed us with a strong wind. This caused the organizer to leave the entire fleet of all regattas and thus also the GC32 catamarans in the harbour. Every half hour there was an update on the weather situation. Nevertheless we continued our planned preparation with boat preparation, lunch and warm-up to be ready in case of a “GO”. This GO took place in the after noon. With still critical wind speeds of up to 50 km/h we dock out and went out to sea. With set sails we noticed relatively fast that the situation was very demanding and rather borderline. We and also the other teams started to reef (to reduce the sail area) before the race committee officially gave the signal that a reef in the mainsail is obligatory. After a slowdown of the winds we could finally start.

With changing conditions with wind limits at the upper and lower end of the Racing Rules, we were able to sail all 20 races during these four days. Sometimes difficult conditions made the tactics and the handling of the boats not always easy. Nevertheless, we were able to finish the event in fifth place overall and have also improved further in this event. The manoeuvres worked better, the feeling of sailing in the waves with different wind conditions brought us another step forward. We are now looking forward to the upcoming event at Lake Garda with confidence.”

Black Star Sailing would like to thank our Sponsors, the organizers, the team of the GC32 Racing Tour and the responsible persons of the Copa del Rey MAPFRE for the excellent hosting of this event, that we could be part of the biggest sailing event of Spain.

Details of the Copa del RAY MAPFRE with even more pictures 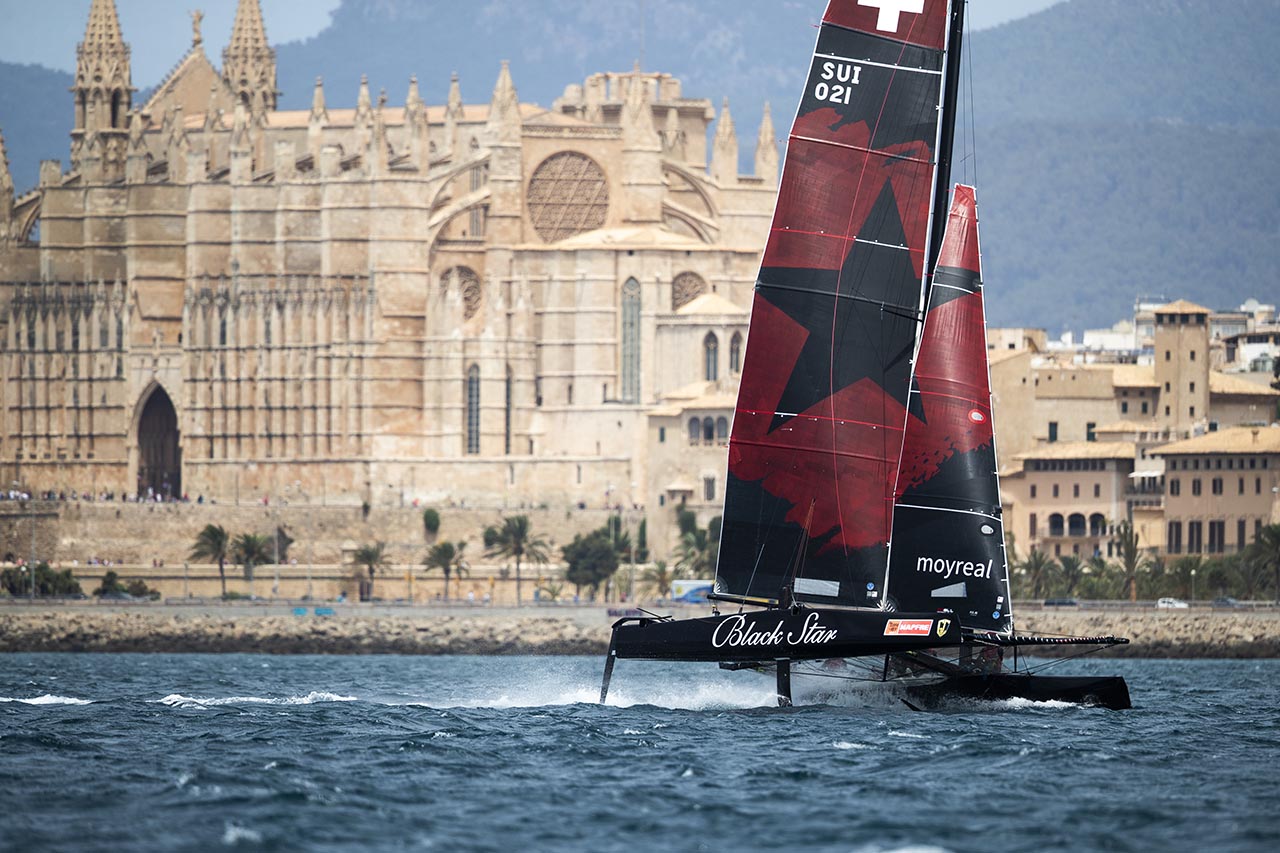 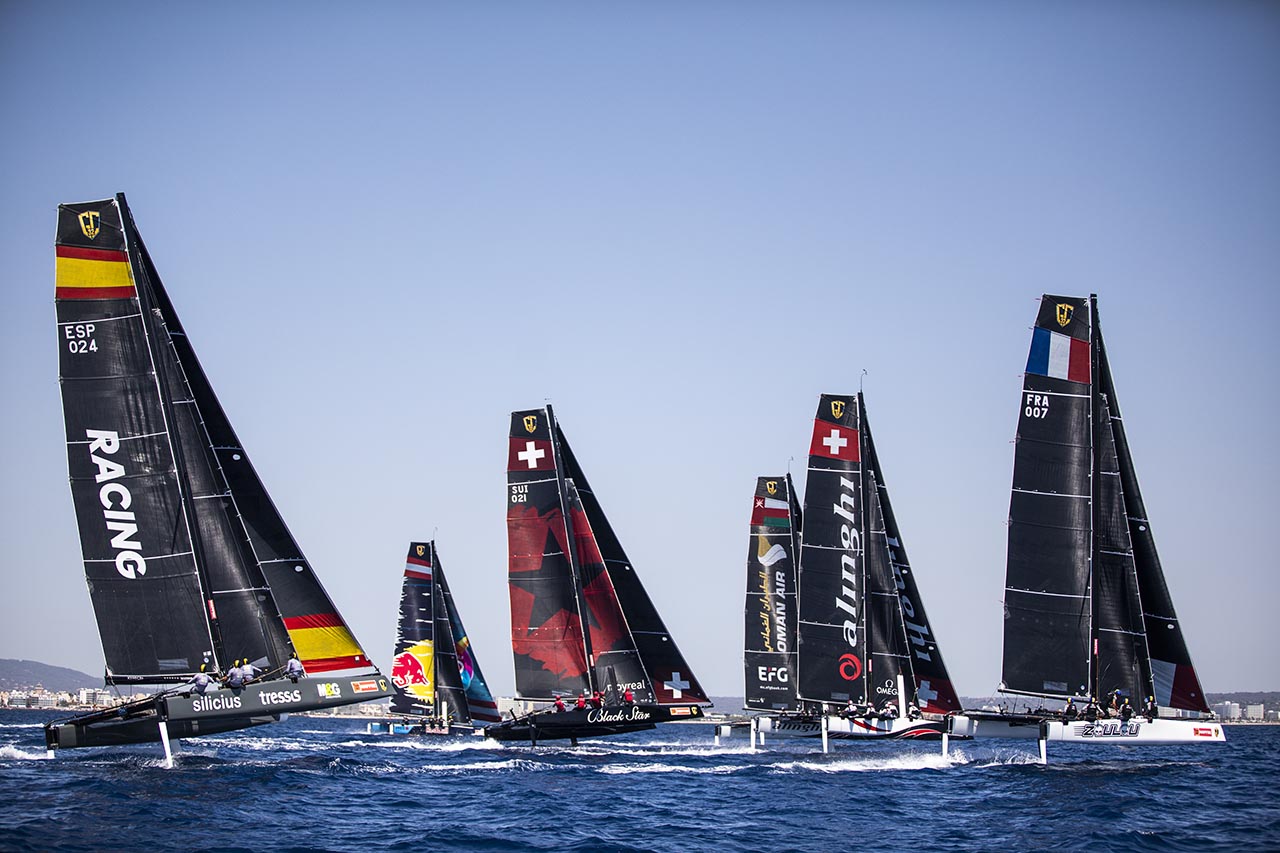 The top-class field of participants provided for spectacle, … 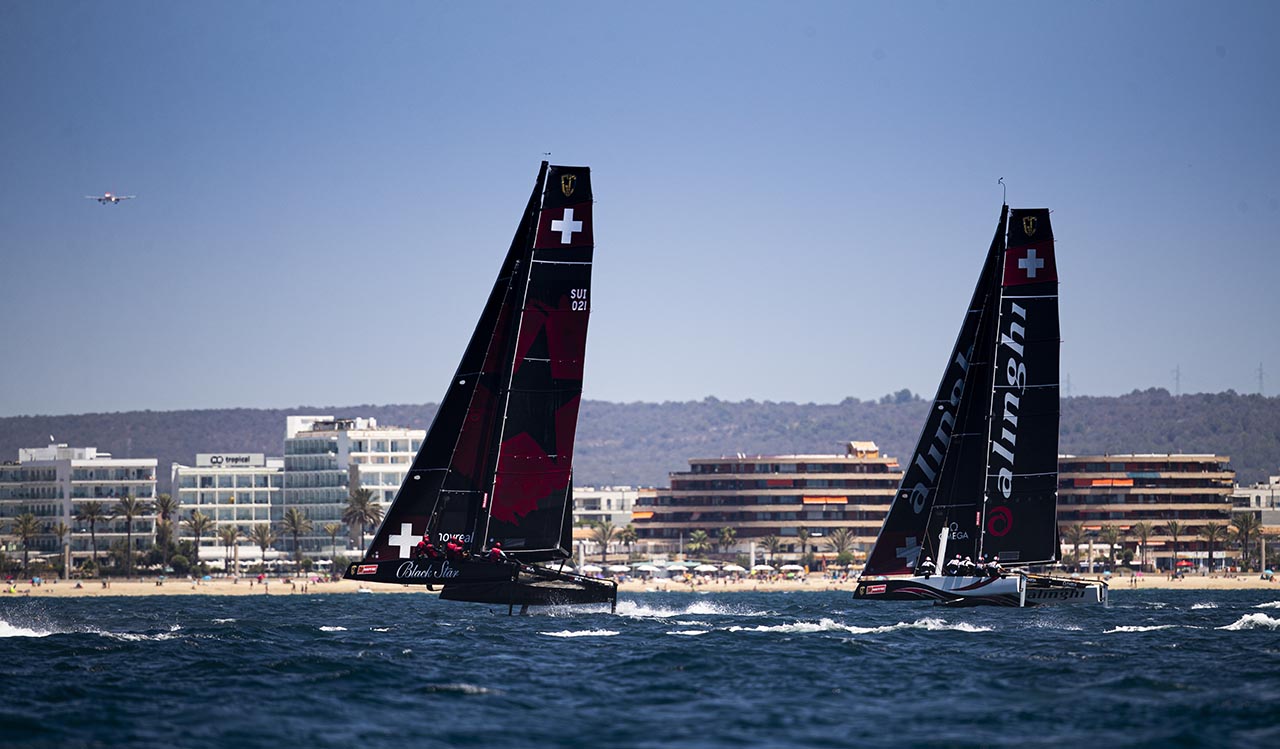 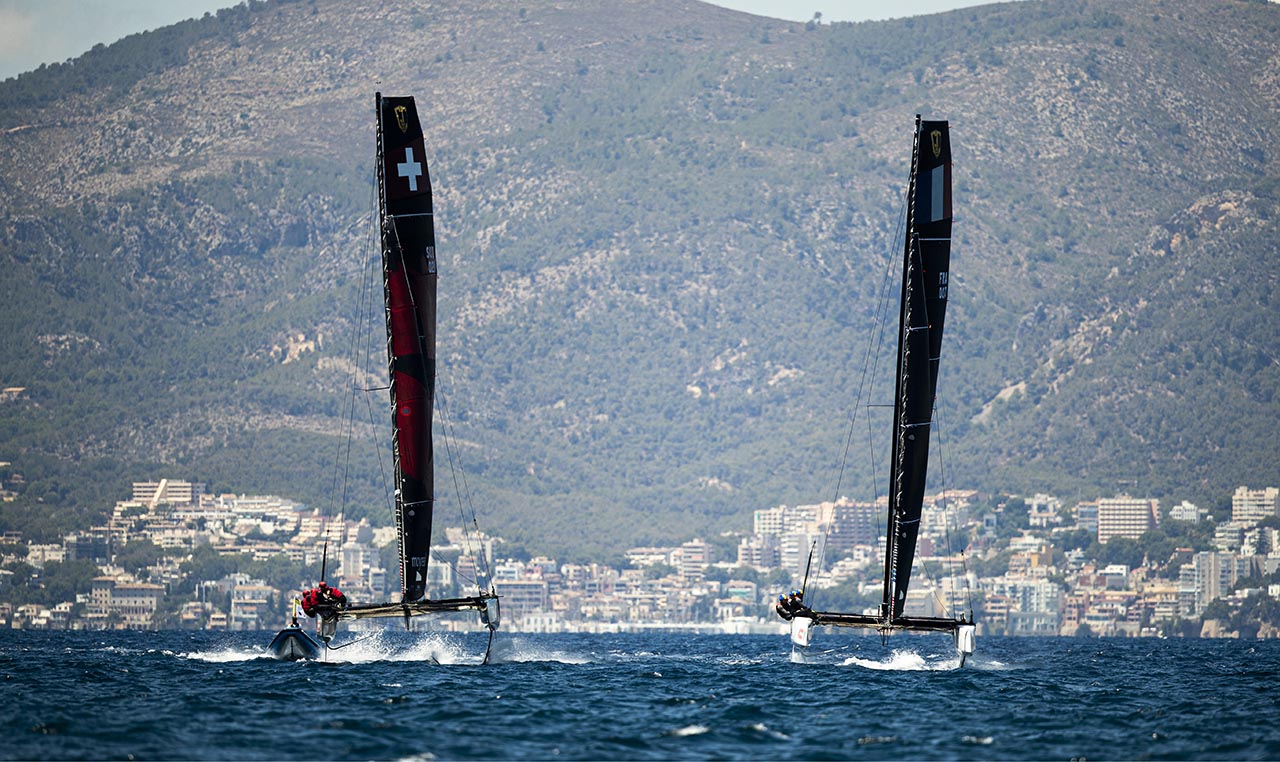 and a test of strength at the limit … 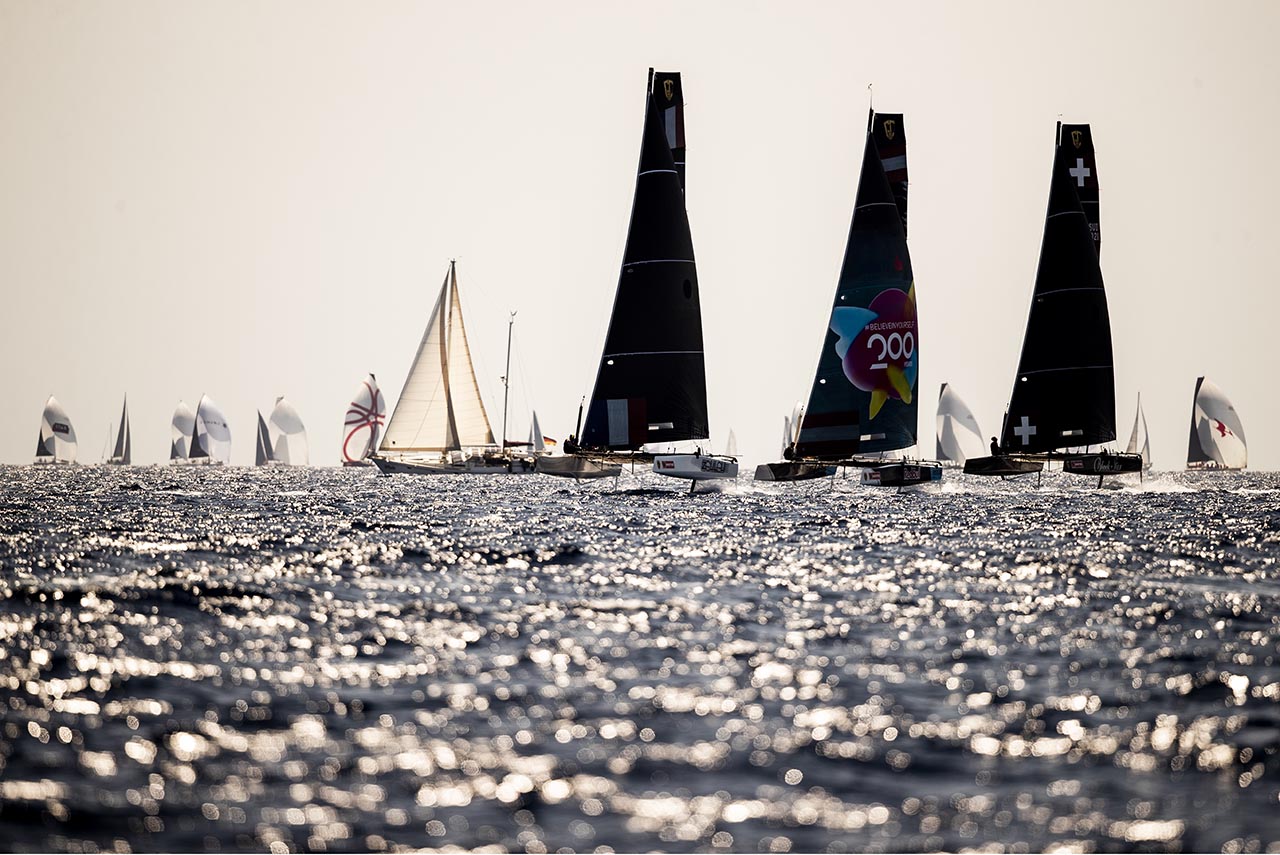 in the midst of the most important multi-class sailing event in the region.