Regatta 2: Black Star on the podium

We did it! Relieved, proud and happy about the hard fought 2nd place at the GC32 Lagos Cup II, the Black Star Sailing Team stands on the podium, together with the renewed winner team Alinghi, whose lead is just two points.

Between jubilation and disappointment

The joy of being on the podium at the sixth regatta since the launch of Black Star Sailing is dampened only by the fact that victory was within reach. But of course the joy about what has been achieved outweighs this. Not least because a place on the podium was by no means certain after the second day of racing.

Skipper Christian Zuerrer describes in his detailed report how the GC32 Lagos Cup II went for Black Star Sailing, and how the team sailed forward after the rather mediocre first two days of racing:

“After the events in Port Camargue and Riva del Garda were cancelled due to the COVID situation, Lagos agreed to host two regattas in a row for the GC32 Racing Tour.

Less than three weeks after the first event, the Black Star Sailing Team met again in Lagos. A few days before the repaired mast had been checked by the Black Star Shore crew and was now waiting perfectly adjusted for its use. Already on Sunday morning the Black Star was back in the water. Well rested we started our training. One focus was on the Reaching course, which had given us some trouble in the first event. With the help of video recordings, we were able to systematically improve the course.

We started the first race in good spirits. To our disillusionment we could not immediately convert the knowledge from the trainings and from the first event into the results expected by ourselves. In addition, the other teams also had the experience from the first event, which is why the gaps between the favorites became even smaller. Most of the time only a few meters separated us from the leading boats – nevertheless we were never able to close the gap to the top. Complicated tactics, demanding maneuvers, nervousness and sometimes inability prevented us from sailing better results. Determined we tried to improve, which was rewarded with a victory in the last race of the first day.

The next day we set ourselves the goal to start as we had finished the previous day: with a victory. However, over-motivated we sailed to the back from the start, but could still hope for a third place. But since the team behind us, Zoulou, profited from a wind shift and finished second, we slipped off the podium in the overall ranking.

The frustration was great and became even greater when, after the time-consuming rescue of the capsized boat of Team Swiss Foiling Academy, the wind picked up so strongly that the race organizers decided for safety reasons to end the second day after only one race.

So we had all the more time for a thorough debriefing. The goal was clear: to make a step forward!

As the weather forecasts announced a lot of wind like the day before, the start was brought forward to 10am. To make up for the missing races, 6 races were announced at once, which meant a tough day for everyone. We decided to get on the water early to refine our maneuvers, get ready for the regatta and be “awake”. The wind was already freshening up so much before the first starting signal was given that all teams reefed the mainsail and trimmed the rig for strong winds.

Thanks to a good start, we were able to sail out to a certain lead and then save it for the finish line extremely close to Alinghi. Thus we had already achieved our goal in the first race. The second start also went well and we won two races in a row for the first time.

In the meantime the wind had increased. The measured wind speed was 20 knots with gusts towards 24 knots, which corresponds to 46 km/h. The race organizers decided without further ado. The race committee decided without further ado to hold only one more race. Highly motivated we wanted to win the last race of the third day. After another good start we were only in third position. The conditions were meanwhile quite hard, the water wavy and the wind extremely gusty. All teams fought their way through the sea. On the last downwind course we unfortunately had a stall on the foil and dived bow first into the water for a so called “Nosedive”. Because of this we lost our position and finished fourth.

Nevertheless, we were satisfied with the day, we had sailed the least points and thus made the jump on the podium.

Since we were already back in the marina at noon the day before, we were able to start the last day of racing well rested. Among the participants, the tension was palpable, since all teams were only a few points apart, and thus everything was still possible.

We started furiously. As on Saturday, we won the first two races on the Swiss National Day.

The weather did not behave as predicted. The winds were rather weak and shifty at the beginning, and only later freshened up. We were able to use this to our advantage.

The field was always very close together and we fought for every meter. We finished the third race in second place. Since we were ranked much better than the teams Rockwool and Red Bull in terms of points, the second overall place could not be taken away from us with the remaining last race. Now we could concentrate on first place. Alinghi was suddenly within reach and with the race win in the fourth race everything was open. To win, we had to finish two places ahead of Alinghi. We focused on our race but were covered by Alinghi. Swiss Foiling Academy won the heat ahead of Zoulou and we finished third. Unfortunately, Alinghi sailed to the finish line shortly after us in fourth and thus also won the GC32 Lagos Cup II.

Overjoyed with our second place, there were now two Swiss teams on the podium, Black Star and Alinghi, and we were able to celebrate Switzerland’s 730th birthday in style.

And of course we thank our partners and sponsors for their support as well as all the fans who follow the races live on the tracker.

After the race is before the race and we are already focusing on the upcoming event in Villasimius. As a World Championship, this is the highlight of the season and we will try to sail good results right from the start.” 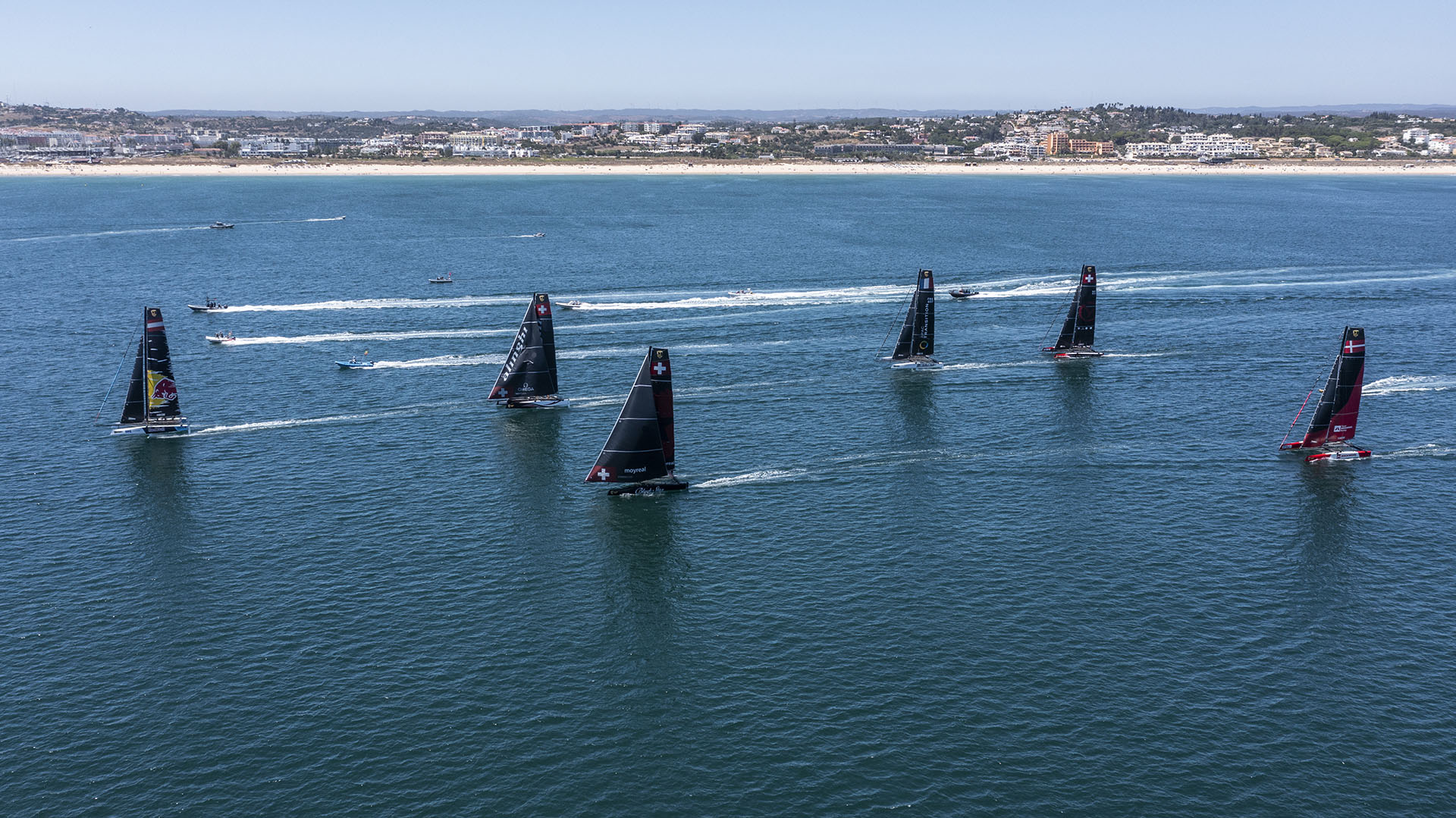 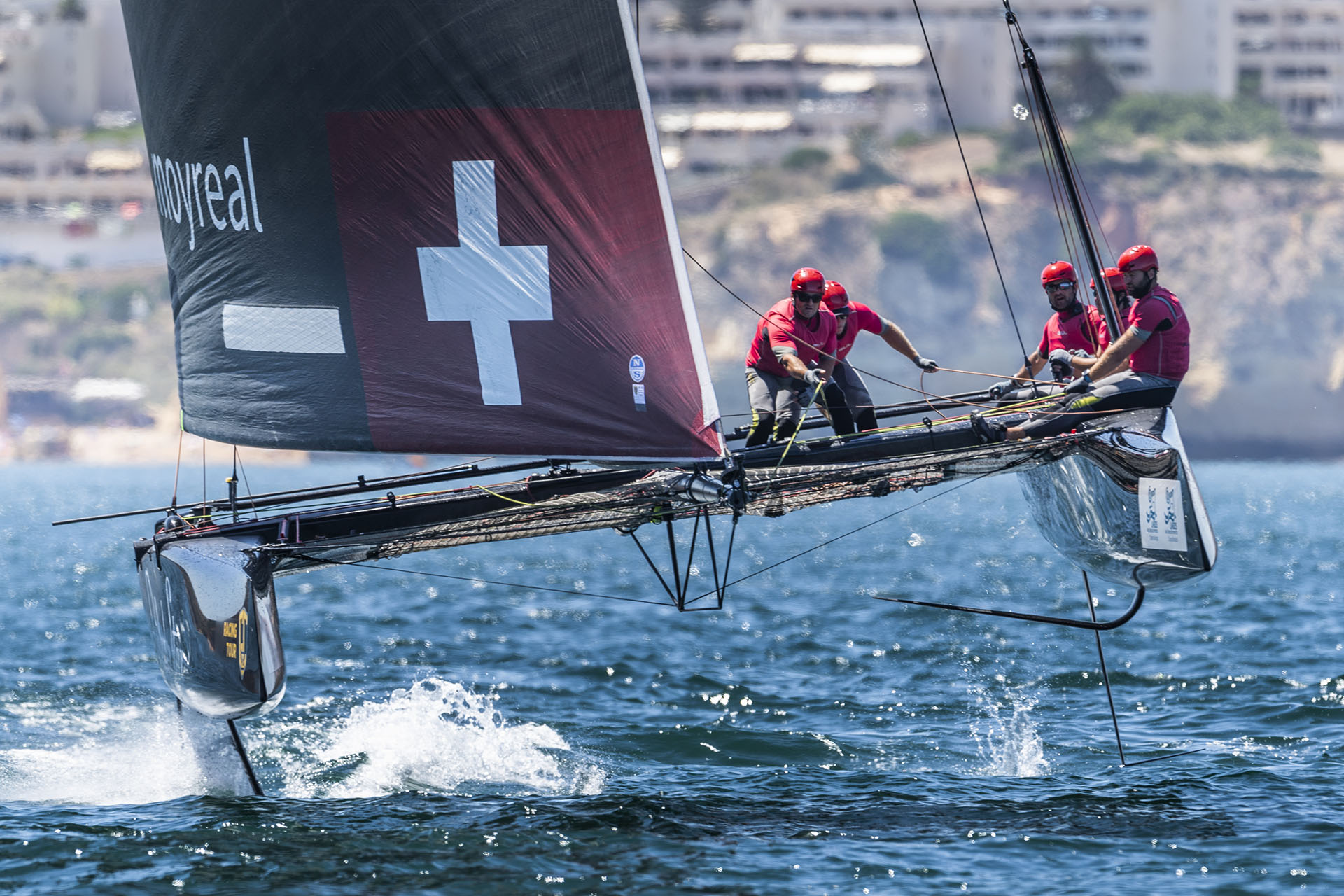 … once again put the Black Star Sailing Team to the test. 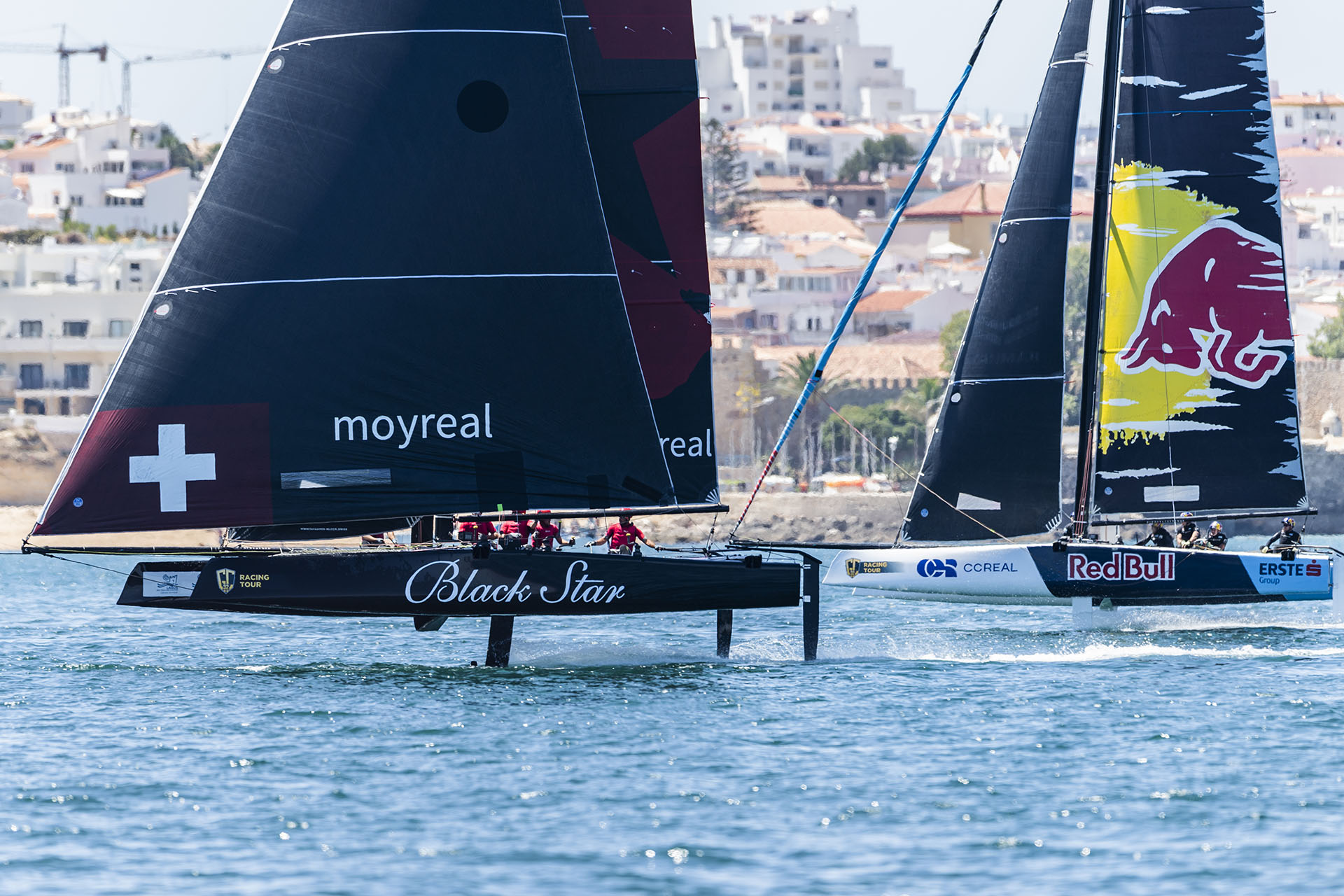 We were able to decide many … 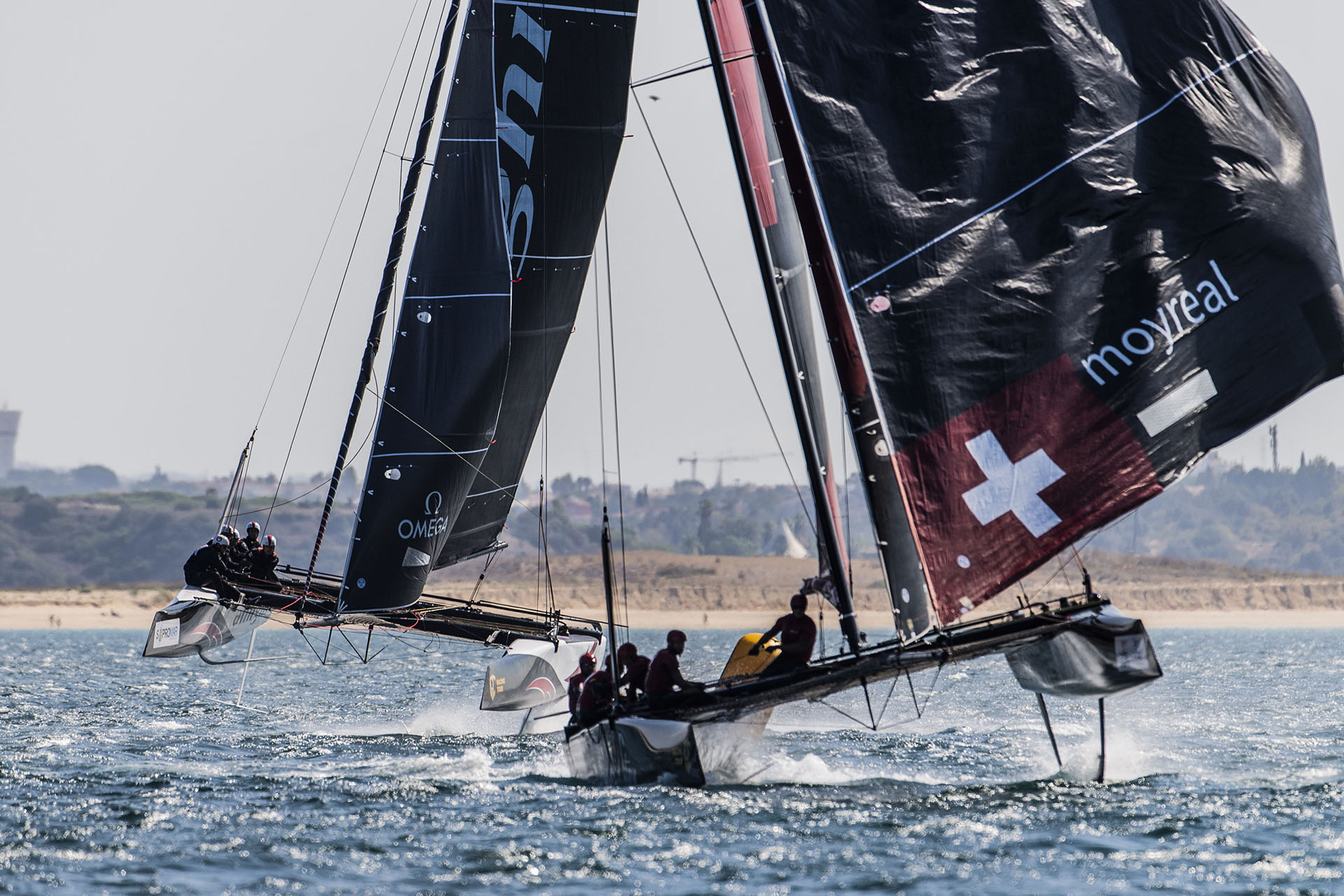 … of the countless duels in our favor. 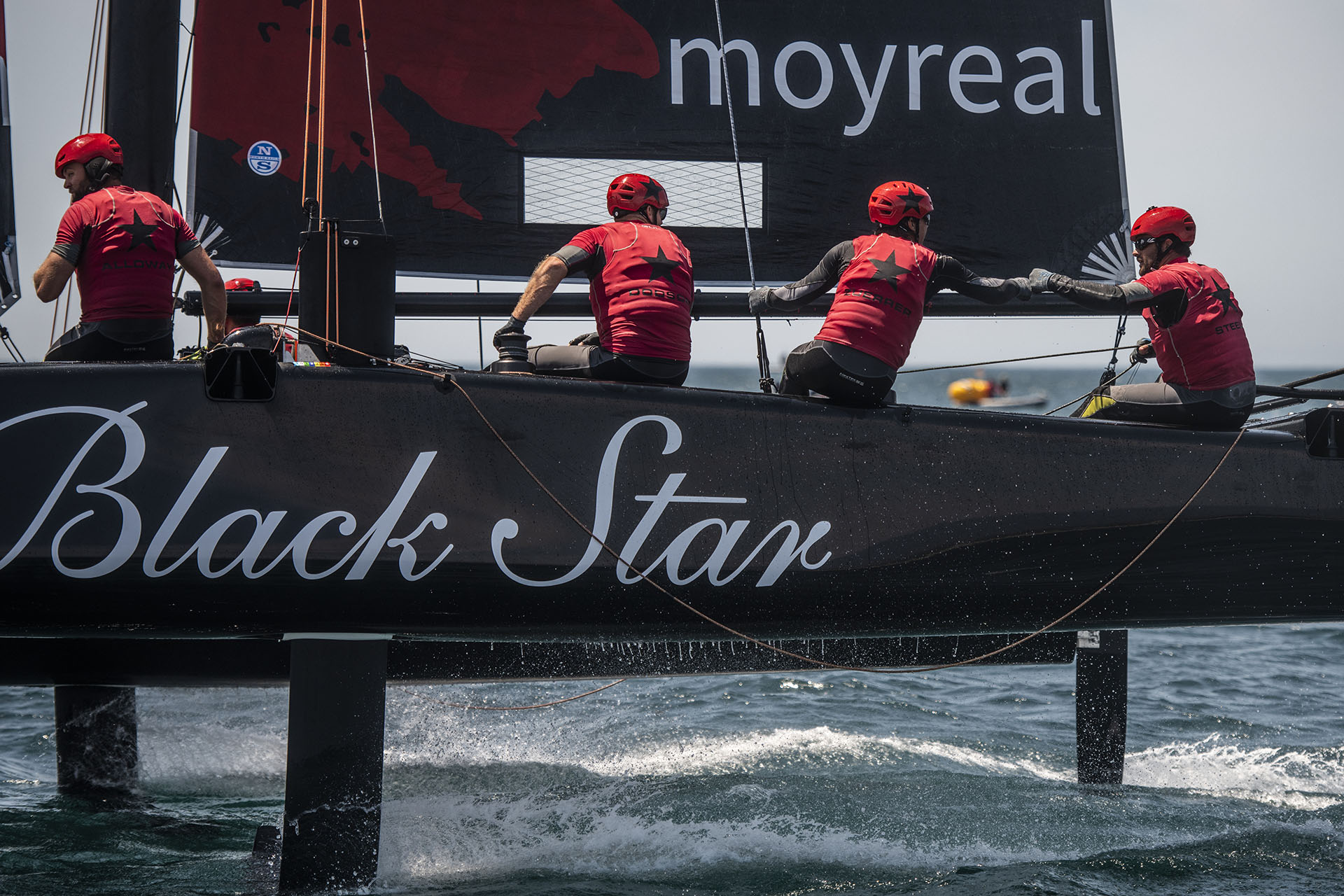 Although we won many races, … 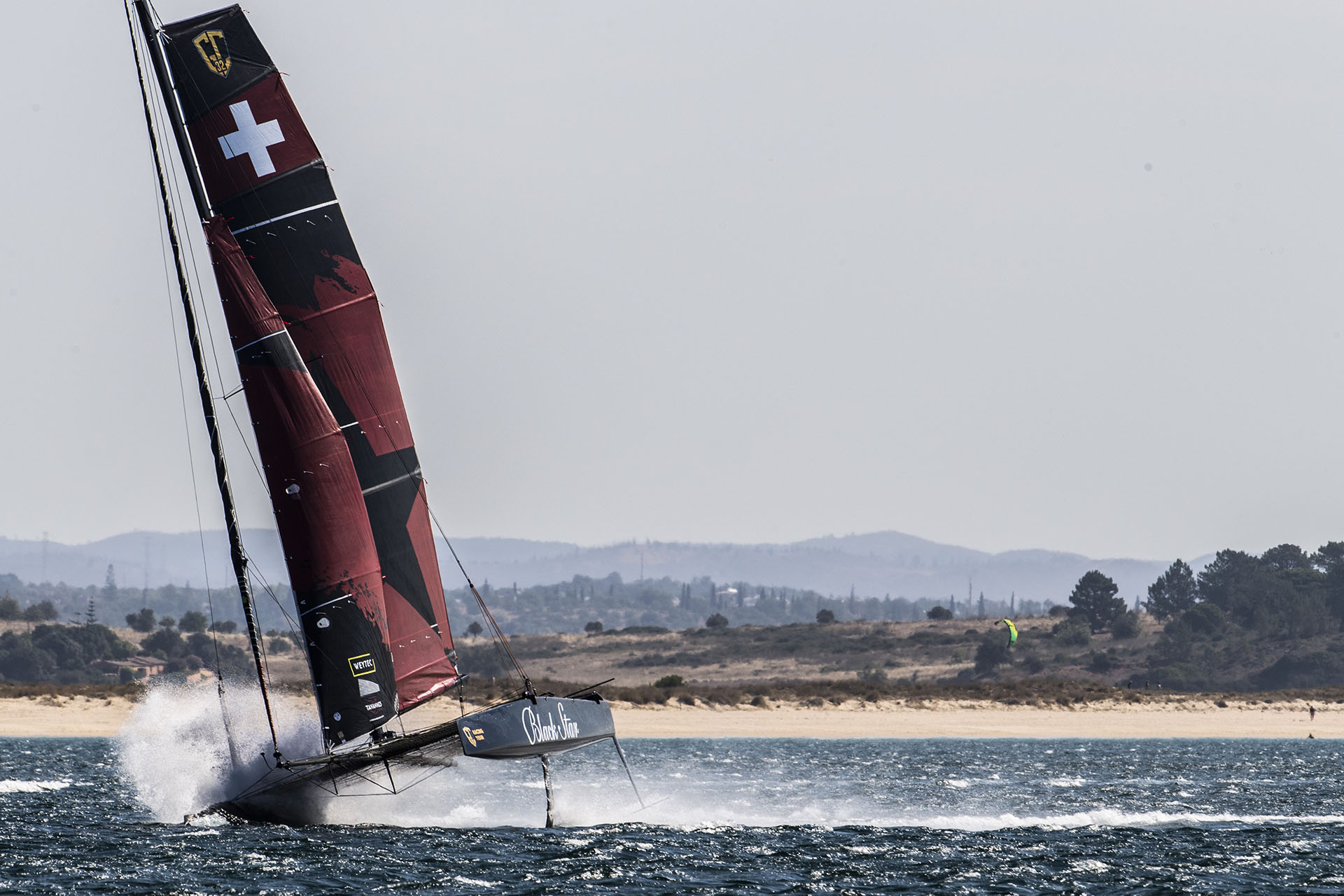 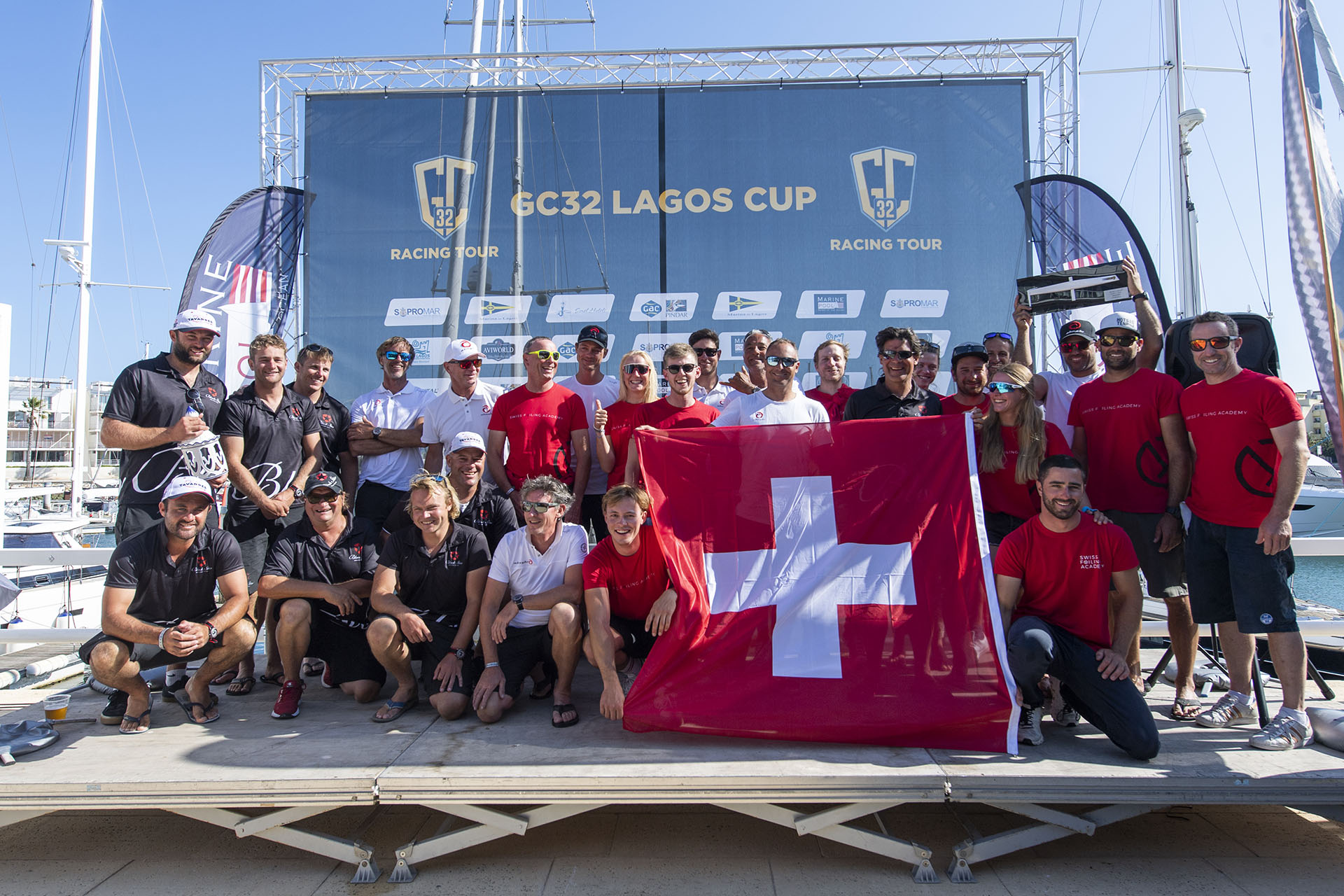 … and be happy about a place on the podium in 2nd rank.

More pictures of the second GC32 Lagos Cup 2021 can be found in our gallery.

to the Black Star Sailing Gallery